A new era for Davis SuperValu 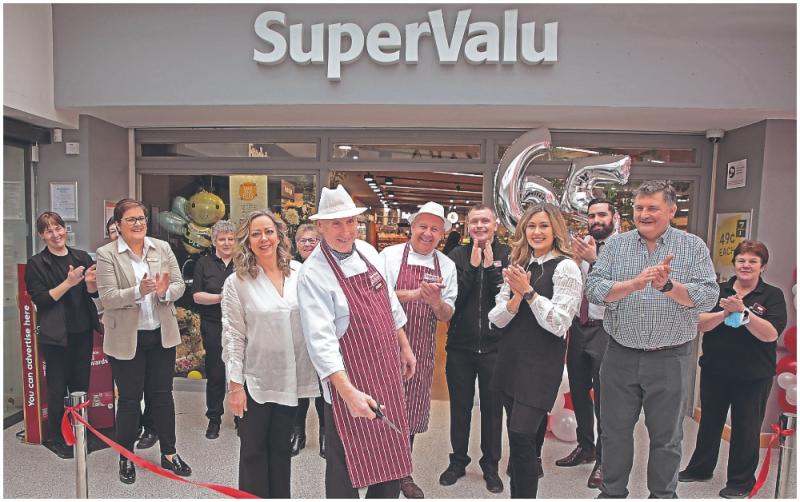 If there is one name that’s synonymous with Longford’s long established retail sector it’s the Davis’.

The well respected and forward thinking family are celebrating the unveiling of their new look, ultra modern SuperValu store in a move which will see it become one of the most contemporary and customer focused stores in the country.

It comes after a nine week large-scale investment of its near 20,000 sq ft premises at the county town’s Hazelwood Shopping Centre. 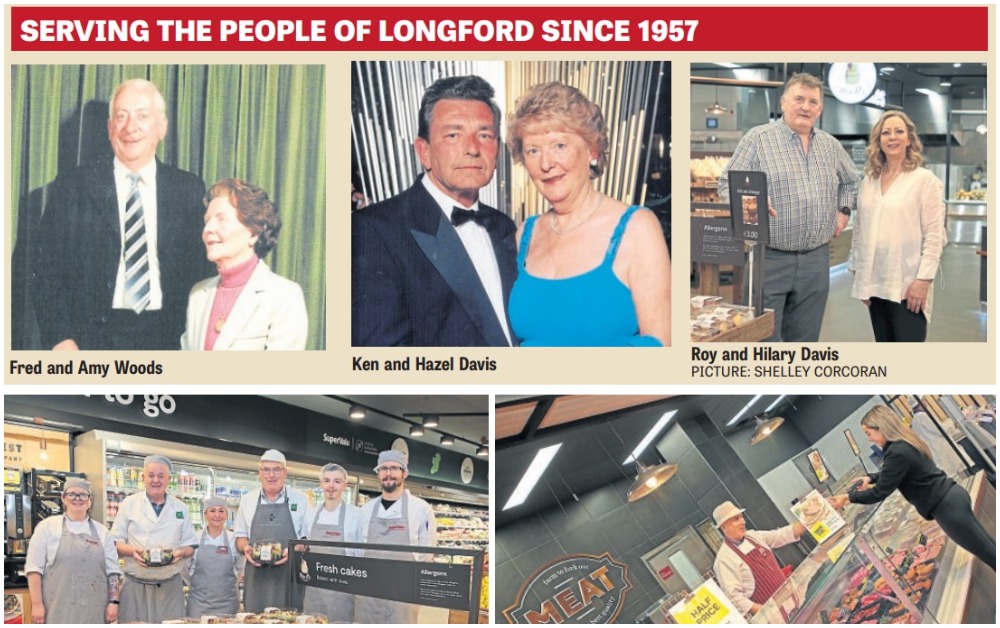 The impressive finished product was revealed last week amid much excitement and enthusiasm among customers and its 70 strong workforce alike.

Among the many new eye-catching additions include a fully furnished Scratch bakery that will provide fresh bread and cakes on a daily basis, making it the only bakery of its kind in the county.

A newly refurbished deli, together with a wide ranging upgrade of both the store’s butchers and fish counters likewise form part of the store’s striking new layout.

One of the most exciting improvements is the rollout of a new kitchen which will provide for the preparation of freshly made, ready cooked meals thereby taking the hassle out of cooking for busy households.

Throw in the introduction of a new, bespoke “Happy Pear” section which will offer customers the choice of healthier, plant based products, it’s not hard to see why Davis’ SuperValu is arguably Longford’s leading grocery giant flagbearer.

In a further move and in keeping with the family run firm’s approach towards sustainability, the store has been fully retrofitted with LED energy saving lighting and modern energy efficient refrigeration. 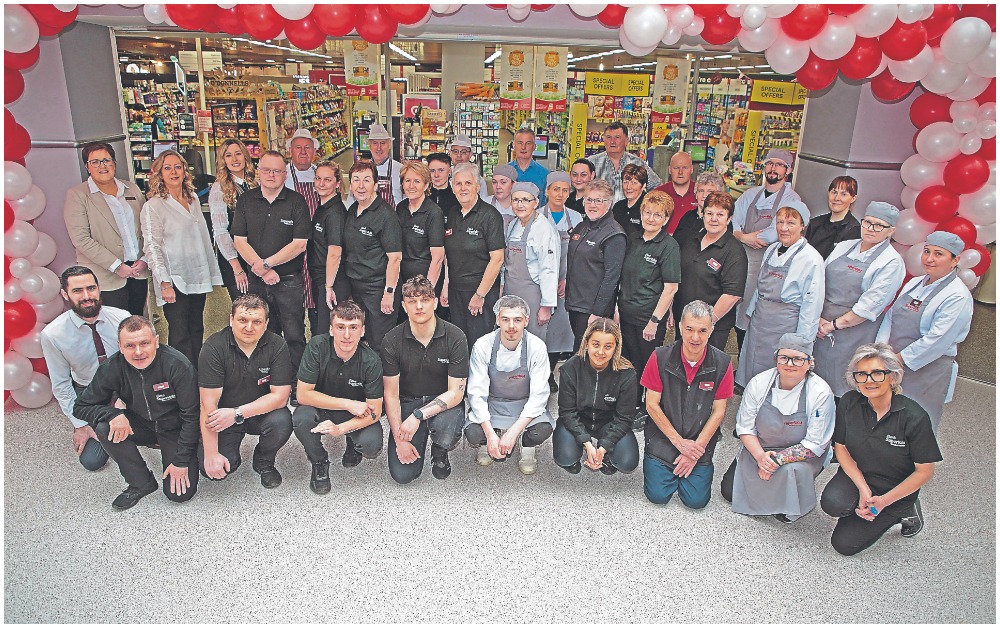 It’s that ethos in sustainability, evidenced by its biodegradable coffee cups and plastic bags, which has taken centre stage in the company’s continuing drive to reduce its carbon footprint.

The remarkable overhaul coincides this year with the 65th anniversary of a family which can trace its retail lineage back no fewer than three generations.

Those origins can be traced back to 1957 when Fred and Amy Woods purchased a small shop on Ballymahon Street.

There, the husband and wife team converted the over the counter shop into the first self service store in the midlands.

When their eldest daughter Hazel married Ken Davis in 1964, aborted plans for the newly married couple to emigrate to New Zealand saw them take a leading role in the family business, where they remained until their retirement in 2010.

That came more than a decade and a half on from the business’ relocation from Ballymahon Street to the Market Square and more pivotally at a time which saw it join Ireland’s largest independently owned grocery and food distributor, SuperValu.

The family’s unerring desire to set the benchmark for an industry it had already been immersed in for the best part of a half a century saw the Davis's acquire a property at Townspark Industrial Estate in 2006.

It was a transition which ultimately paved the way for the construction of an 18000 sq ft purpose built supermarket alongside 180 car parking spaces and additional units for rental.

Four years later, a decision by Hazel and Ken to bow out into retirement saw the couple’s son Roy and wife Hilary assume the reins of the firm.

More than a decade later, the seal on arguably the business’ most breathtaking of chapters is all but sealed.

As part of that feat, Roy and Hilary have taken time this week to acknowledge all those who played their part in its successful realisation. They include Oscar Bacete the Store Designer in Musgraves, our SuperValu Regional Manager Eoghan Jones & Fresh Food Managers Denis Nolan & Enda Tobin and the fresh food team from SuperValu who provided training and advice on a new range of products.

Similar thanks were afforded to Tommy & Paul from Cloverhill who worked hard training the store’s team of bakers in developing a new range of products for their in-store bakery now trading as Mrs D's.

“The project wouldn't have been completed on time without the help of our plumber Steven Reilly and electrician John Farrell who burnt the midnight oil on many nights over the 9 weeks,” said a plainly delighted Roy and Hilary.

“There are many others who bailed us out during the renovation but we have to single out our manager Martina Craig and our wonderful staff who pulled out all the stops to get the shop ready for (last) Thursday.

“We would also like to acknowledge our loyal customers who put up with the chaos over the past nine weeks and we hope you enjoy the new shopping experience at Davis SuperValu.”

From the evidence over the past week and more, it’s an experience which looks set to revolutionise Longford’s supermarket industry for not just years, but decades to come.