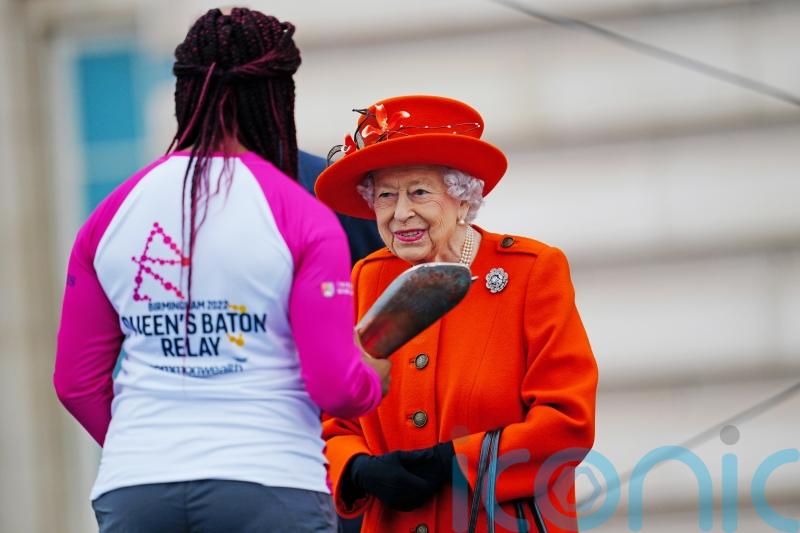 It marked the start of a 294-day, 140,000-kilometre journey from Buckingham Palace to Birmingham, through 72 nations and territories.

The baton’s tour began in the hands of Her Majesty and ended in those of her son, now King Charles III, who stepped in for the Queen, Patron of the Commonwealth Games Federation (CGF), at July’s opening ceremony.

Dame Louise Martin now holds the role of CGF president, a title held by the late Prince Philip for more than 30 years. Hers was one of many tributes that poured in as news of the Queen’s death broke across the Commonwealth.

“It is with profound sorrow that we learn of the passing of our Patron, Her Majesty The Queen,” she said.

“Throughout her long life and reign, her extraordinary dedication and service to the Commonwealth has been an inspiration to so many, including all our Commonwealth Games athletes and officials.

“Her Majesty’s vision for the Commonwealth as a diverse and united family of nations will continue to inspire us – and will remain our mission and duty for the benefit of all athletes and communities, through the power of sport.

“Our thoughts and prayers are with His Majesty The King, The Queen Consort and all members of the Royal Family as we join with citizens across the Commonwealth in mourning her loss at this very sad time.”

It was a sentiment shared by Birmingham 2022 organising committee chair John Crabtree, who said: “We pay tribute to her life of service and her commitment to the Commonwealth and its shared values.

“The Queen was a staunch supporter of the Games throughout her reign, which encompassed 18 editions from Vancouver in 1954 to Birmingham in 2022, and her passing will be mourned by participants and supporters across the world.”

Cox, meanwhile, tweeted her condolences twice, first writing, “OMG, RIP the beautiful Queen” then, alongside pictures from the baton relay, “Longest reigning monarch. Queen Elizabeth you was amazing and always wore your beautiful outfits with your amazing smile. So grateful I got to meet you on more than one occasion and be part of your jubilee parade! Rest in paradise.”

A tweet from Commonwealth Sport Canada read: “Immensely saddened to learn of the passing of Commonwealth Games Patron, Her Majesty Queen Elizabeth II. @CwthSportCAN express our deepest sympathies and condolences to His Majesty The King, The Queen Consort and all Members of the Royal Family at this time.”

The National Hockey League (NHL), meanwhile, posted a touching tribute to Her Majesty featuring footage from the Queen’s ceremonial puck drop at a 2002 contest between the Vancouver Canucks and San Jose Sharks.

Her Majesty was escorted down the red carpet by NHL Hall of Fame inductee Wayne Gretzky.

A statement read: “The National Hockey League mourns the passing and celebrates the remarkable life of Queen Elizabeth II. She held a special place in the hearts of Canadians and, during her 70-year-reign, connected with our game in memorable ways.”

It was the first NHL game the Queen had attended since 1951 when, still a princess, she and Prince Philip watched the Montreal Canadiens take on the New York Rangers.

As New Zealanders woke up to the news of the Queen’s death, The New Zealand Team Twitter account, which represents the country’s Olympic and Commonwealth Games Teams, posted: “We are deeply saddened to learn of the passing of Her Majesty Queen Elizabeth II. The New Zealand Olympic Committee send their heartfelt condolences to the Royal Family and the people of the United Kingdom. 1926 – 2022.”

“We are saddened by the death of Her Majesty Queen Elizabeth II. Our thoughts are with the whole Royal Family.”

Australia national rugby union team the Wallabies, meanwhile, posted: “The Wallabies join the rest of the world in mourning the loss of Her Majesty, Queen Elizabeth II. R.I.P.”