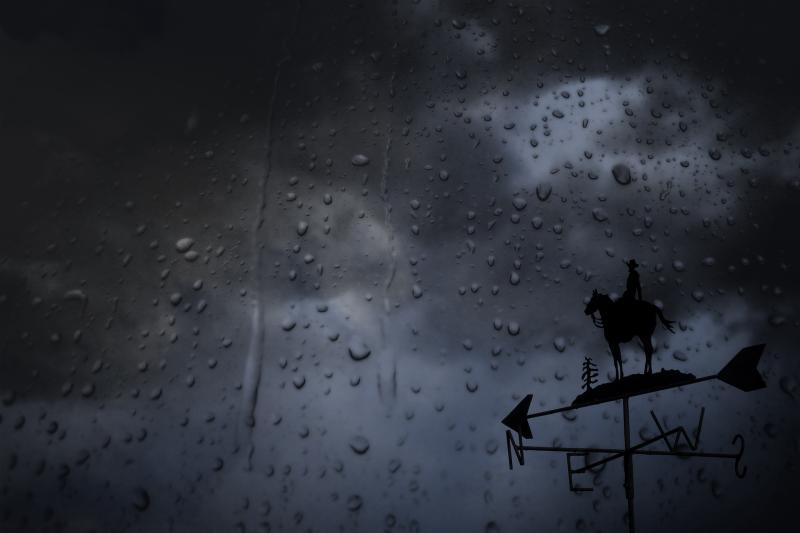 The Irish weather forecast for the weekend from Met Eireann is for a major change in the weather with wet and windy conditions on Saturday followed by frosty and icy conditions on Sunday night. The weather forecast for Friday night says rain will clear east, and most areas will be dry overnight with clear spells. However more rain will develop in the west before morning. Lowest temperatures 2 to 5 degrees. Southerly winds will freshen.

The weather forecast from Met Eireann for Saturday says it will be will be cloudy and windy. A spell of heavy rain will affect all areas during the day accompanied by strong southerly winds. A clearance will follow from the west later in the day. Winds veering southwest to west will be very strong with gale gusts - especially in the north and west. Highest temperatures of 11 to 13 degrees.

Sunday will start bright and fresh start and generally dry in most places according to Met Eireann. However cloud will increase through the morning and outbreaks of rain will develop more widely during the afternoon and evening. It will be a much cooler day than of late with highs of 8 to 10 degrees in moderate southwest breezes. The skies will clear across the northern half of the country Sunday night with temperatures falling around freezing and frost/ice developing.

The weather forecast says that cloud will break on Monday morning and skies will brighten. However showers will develop and become widespread and heavy in the afternoon. Highs of only 6 to 8 degrees and westerly winds will freshen. Windy and cold overnight with isolated showers and lows of 1 to 5 degrees.