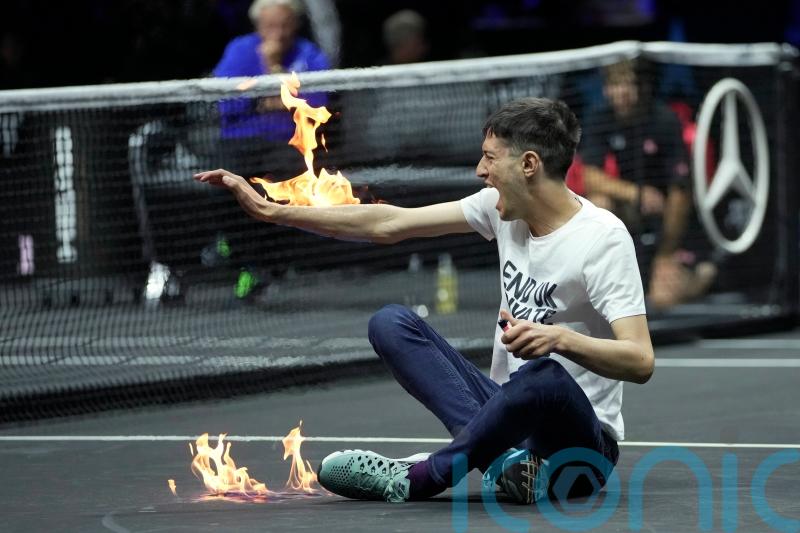 A protester set fire to his arm during a dramatic incident which left Stefanos Tsitsipas stunned and disrupted the opening session of this year’s Laver Cup.

The protest occurred during the second match of the Ryder Cup-style team competition at the O2 where Team Europe’s Tsitsipas and Diego Schwartzman of Team World were doing battle in a singles tie.

After Tsitsipas had won the first set by a 6-2 score, the spectator ran onto the court during the changeover and set his arm ablaze before security staff were able to put the fire out with the protester ushered away. He was later arrested. 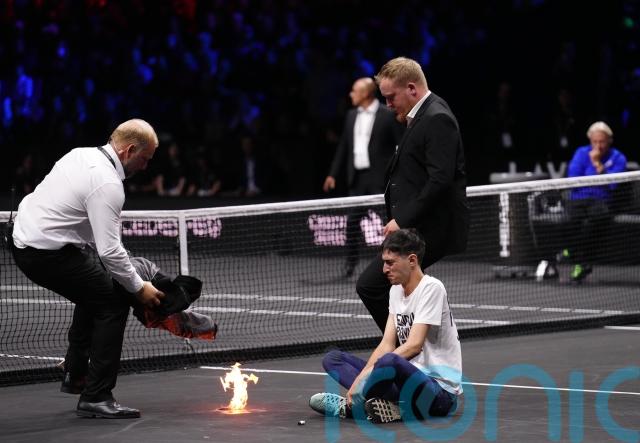 It failed to knock world number six Tsitsipas off his stride with the second set clinched quickly to beat Schwartzman 6-2 6-1 to put Team Europe 2-0 up at the end of the afternoon session but the Athens athlete admitted it left him and everyone inside the O2 shocked.

“It came out of nowhere. I have no idea what this is all about. I never had an incident like this happen on court. I hope he is all right,” Tsitsipas explained, having spoken to the umpire before his singles clash resumed.

“I wanted to proceed the match without having any minor changes to the court and to make sure it was playable, especially that area. It also got in my way of viewing experience, the way I saw the court later. There was a big mark over there and I just wanted to get it cleared up.”

While focus at the O2 turned to the evening action, where Roger Federer will bring his professional career to an end with a doubles contest alongside old sparring partner Rafael Nadal, a sense of shock remained.

The protester had been wearing a t-shirt which read ‘End UK Private Jets’ before he was taken away from the court.

A Laver Cup statement read: “A man accessed the court this afternoon and was promptly removed by security. Play was stopped briefly, he has been arrested and the situation is being handled by the police.” 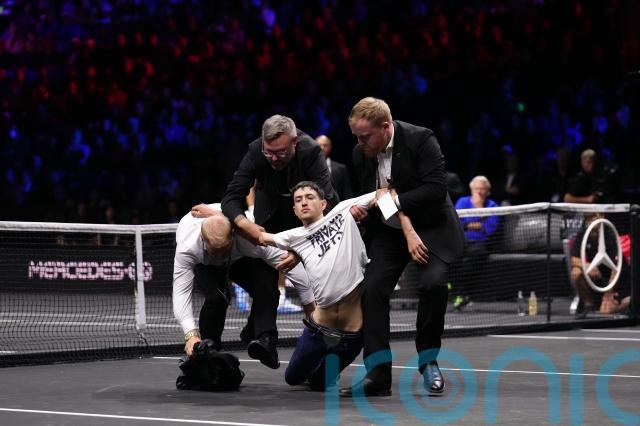 Metropolitan Police confirmed the protester had been arrested on suspicion of aggravated trespass.

“At around 1625hrs on Friday, 23 September, a man entered a tennis court at the O2 Arena and set fire to his arm,” a statement read.

“The man was arrested on suspicion of aggravated trespass. He has been taken to hospital as a precaution; his injuries are not believed to be life-threating or life-changing.”

US Open runner-up Casper Ruud had got Team Europe off the mark earlier in the day but only after a back and forth encounter with Jack Sock.

Ruud eventually got the better of the American 6-4 5-7 10-7, having trailed by three points at one stage in the 10-point tie-breaker needed to decide the opener.

The Norwegian received strong support from his team-mates on the bench, especially Rafael Nadal who was on hand to give the world number two plenty of pointers during his one-hour-and-48-minute battle on the stylish black court.

Ruud admitted: “Obviously I was focused about the match and trying to win it but it is fun, you turn around and have Rafa on one side and Roger on the other trying to help.

“I didn’t feel like I needed an unbelievable amount of help but they gave me some good tips.

“I had never played Laver Cup tie-breaker. They said to take it one point at a time. I think it was good advice and feels a bit surreal to have them on both sides.”