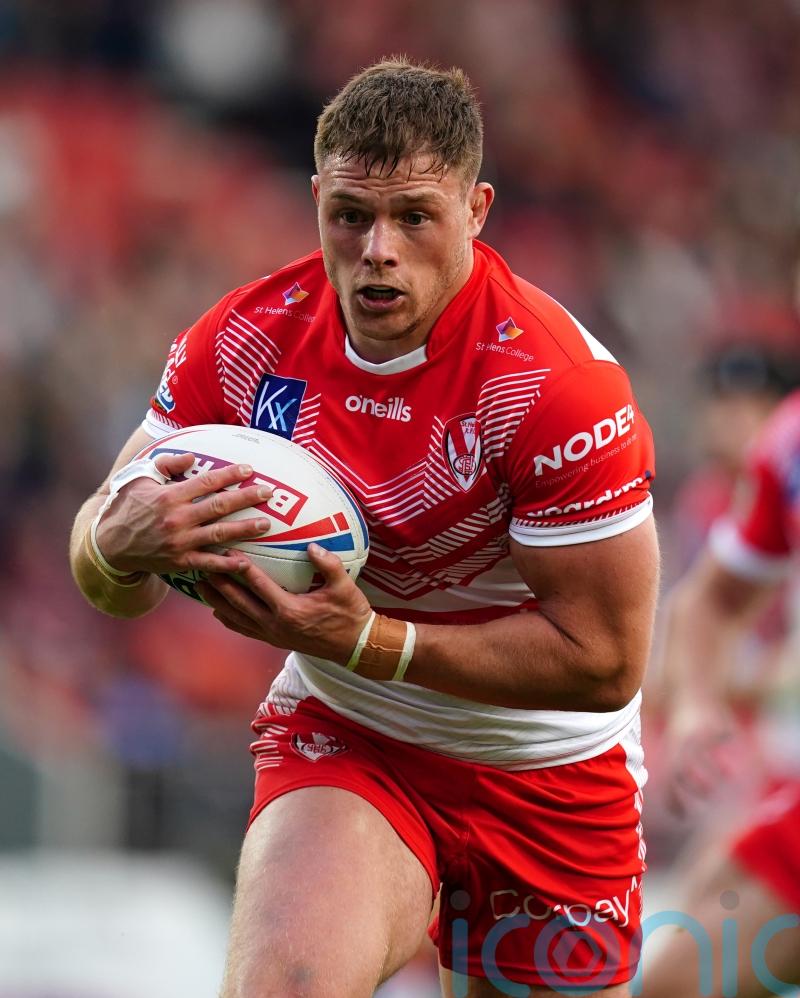 St Helens coach Kristian Woolf says he had plans to play with and without Morgan Knowles but admits the availability of the England loose forward is a major boost ahead of Saturday’s Super League Grand Final against Leeds.

Knowles was issued with a two-match penalty notice for a dangerous tackle on Chris Atkin during last weekend’s semi-final victory over Salford which was upheld on appeal on Tuesday night, ruling him out of the Old Trafford showpiece.

But 24 hours later the ban was overturned by a separate tribunal, which found Knowles guilty of a professional foul but cleared him of making dangerous contact, agreeing with St Helens chief executive Mike Rush that Atkin’s arm was “not forced beyond limit of normal range of movement”.

“It’s a big boost for us, one we’re really happy with,” Woolf said at Thursday’s Grand Final press conference at Old Trafford.

The Knowles saga has dominated the build-up to the 25th Grand Final but Woolf insists it has not been a distraction for his side as they seek an unprecedented fourth successive victory.

“It’s not been a distraction,” he said.

“We prepared two ways, one with Morgan and one without him. I think it’s a fair process and I think it’s been handled well.”

Leeds are privately seething over the Knowles affair, especially after Rhyse Martin’s recent one-match ban for a high tackle was doubled after their appeal was deemed frivolous, but coach Rohan Smith tried his best to be diplomatic. 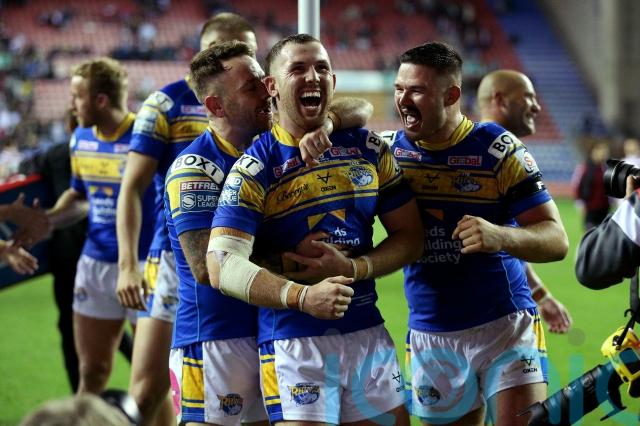 “Nothing would surprise as far as that process goes,” Smith said.

“From Tuesday to Wednesday it was shown that a different group of people can find a different answer to the same tackle. Everyone has seen it, I’d rather not make too many comments about the whole process.

Smith is able to recall Martin following the completion of his ban but declined to say whether he would be playing at centre or second row as he prepares to reshuffle his team following the loss of scrum-half Aidan Sezer with a head knock sustained in the Rhinos’ semi-final win over Wigan.

“It’s great to have Rhyse back,” said Smith. “He’s been part a big part of us this season.

“We’ve got plenty of options. We’ve had to use different players in different positions due to injury and suspensions, we’re pretty well adaptable.”

Smith confirmed that winger Ash Handley also has a chance of returning after missing the last games with a foot injury.

“He’s got though a bunch of training. He’s not done a heavy session as yet but he’s looking pretty close. We have to make a decision tomorrow.”

St Helens are likely to have centre or full-back Will Hopoate back after missing the last four matches with hamstring issues and Woolf says prop Dan Norman is in contention after sustaining a fractured cheekbone in the last match of the regular season.

Saturday’s game will be Woolf’s last in Super League as he prepares to take his family back to Australia but he says that is the last thing on his mind.

“I’m very focused on the game,” he said.

“I haven’t thought about what happens afterwards. It’s been a busy week, there hasn’t been much time for reflection.”

Woolf, who succeeded Justin Holbrook three years ago, is aiming for a hat-trick of Grand Final triumphs and captain James Roby believes winning four in a row would make the current St Helens team arguably the best of all time.

“We’re aware that it’s never been done before so we do know what’s at stake,” Roby said.

“We know how special it would be. It’s hard to compare teams from different eras but there’s no argument that, if go on to win on Saturday, it have to be up there.”

Organisers are expecting a crowd in excess of 60,000.