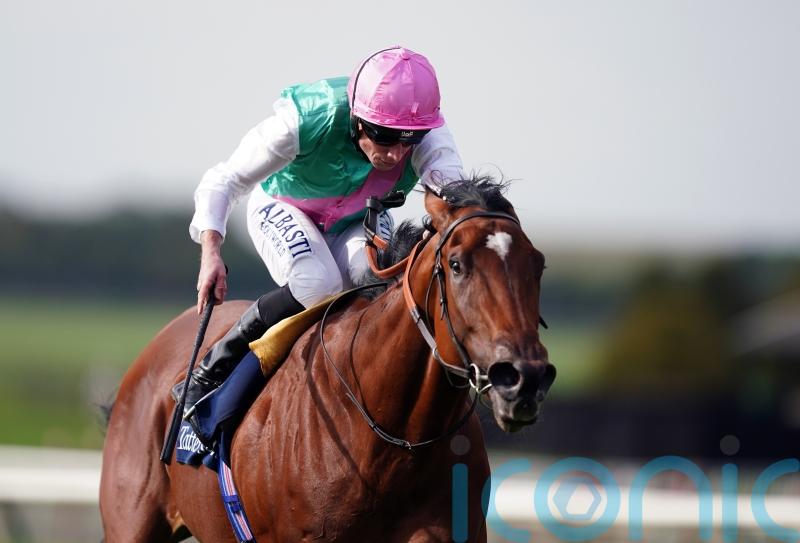 Nostrum maintained his unbeaten record with a thoroughly impressive display in the Tattersalls Stakes at Newmarket.

Sir Michael Stoute’s Kingman youngster bolted up on his racecourse debut at Sandown in July – and having since missed an intended outing in the Flying Scotsman at Doncaster after racing was cancelled following the death of the Queen, he was rerouted to the Rowley Mile.

Although only four runners went to post for the seven-furlong Group Three there was no lack of quality on show, with 7-4 chance Nostrum opposed by Charlie Appleby’s dual winner and 5-4 favourite Victory Dance, as well as Karl Burke’s Royal Ascot hero Holloway Boy.

Ryan Moore was positive on Nostrum from flag-fall and while Chesham Stakes winner and Vintage runner-up Holloway Boy loomed up looking a big danger, the Juddmonte-owned Nostrum found another gear racing out of the dip to ensure he had a length and a quarter in hand at the line.

Stoute said: “It was very pleasing, I thought it was a very warm race coming in. He did it very nicely first time and he was entitled to come and run in a race like that. I was relieved and very pleased with the performance.

“We expected a very big run (at Sandown), but like most of them first time it is always difficult to fathom.” 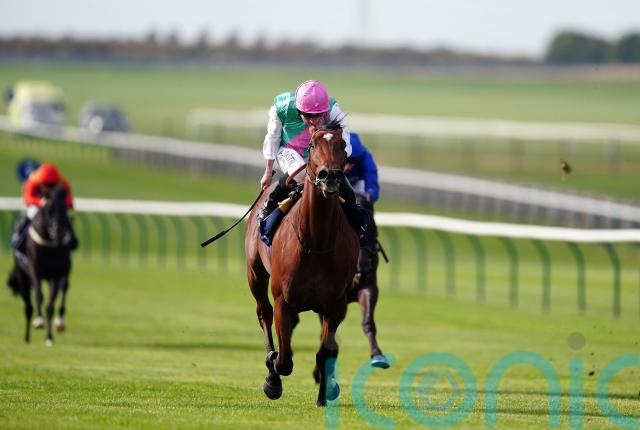 On future plans, Stoute added: “I don’t know. We’ve got to take him home, chill him out and relax him, put him back in fast work and it’s a difficult time of year for two-year-olds when the weather turns.

“I’d like to give him one more run. I haven’t given it serious thought, as I just wanted to get over today.

“Ryan and I go back a long time, it’s an association I treasure and I have so much respect for him.”

Burke, meanwhile, suggested an outing in the final Group One of the season could be on the cards for Holloway Boy, or possibly the Breeders’ Cup.

Burke said: “We’re delighted with that as he missed eight to 10 days with a dirty scope when he missed the Champagne Stakes.

“Danny Tudhope said he would be suited by a mile, so we could look at the Vertem Futurity Trophy (Doncaster, October 22) or beyond that the Breeders’ Cup.”