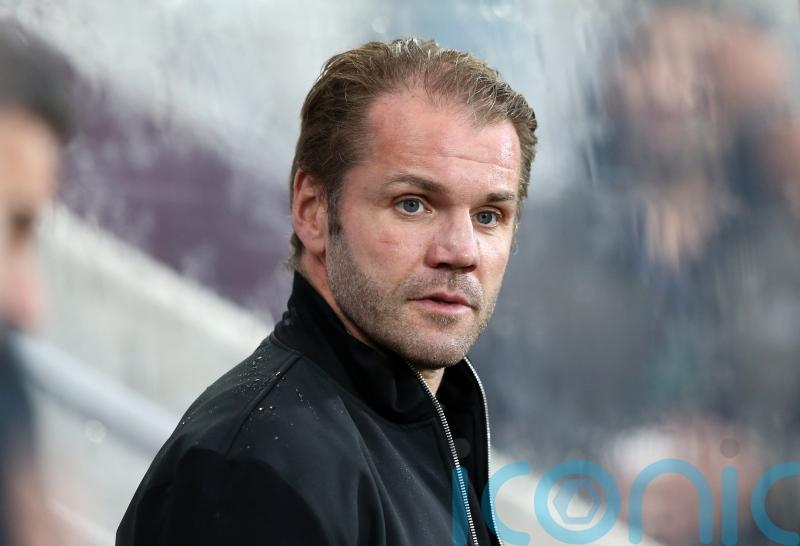 Robbie Neilson lamented the way his Hearts side “went to pot” in the second half of their 4-0 Europa Conference League defeat at home to Istanbul Basaksehir.

The Tynecastle side – playing their first European group-stage match since 2004 – trailed 1-0 at the break before the Turks killed the game with three goals in the final quarter.

“I thought in the first half we played really well, I was pleased,” said Neilson. “I thought we were in the game and we lost a really disappointing goal.

“Even at the start of the second half we were in it. And then we lost the second goal and we went to pot, and they started to show their quality because we became so open. We started chasing the game.

“I think it is a learning curve for us all that, when it goes to 2-0, we keep our shape, stay compact and stay in the game.

“Because as soon as it goes three and four it becomes a different game and at the end there we just couldn’t get close to them because the game was so open, they got confidence and they started popping the ball about.

“We were really, really pleased with the first half because I think we showed we can compete against a top team – because they are a top team.

“But in the second half we need to learn that when things go against you, we need to keep that compactness and we make sure we don’t fall out of the game as quickly as we did.”

Neilson – whose side are due to head to Latvia to face RFS Riga next week – was frustrated that Hearts passed up a couple of good opportunities at 0-0.

“At this level you get two or three chances in a game and against Zurich (in the Europa League play-off) and similar tonight, had we taken that first opportunity with the header it’s a different game.

“It’s all ifs and buts. We want to be a team that competes regularly at this level and tonight we competed for 45-50 minutes and then after that I don’t think we did.

“That was down to two things. Us losing our shape but also down to the opposition having real quality and starting to take the game away from us.

“It was a disappointing last 30 minutes but prior to that I was proud of the players.”