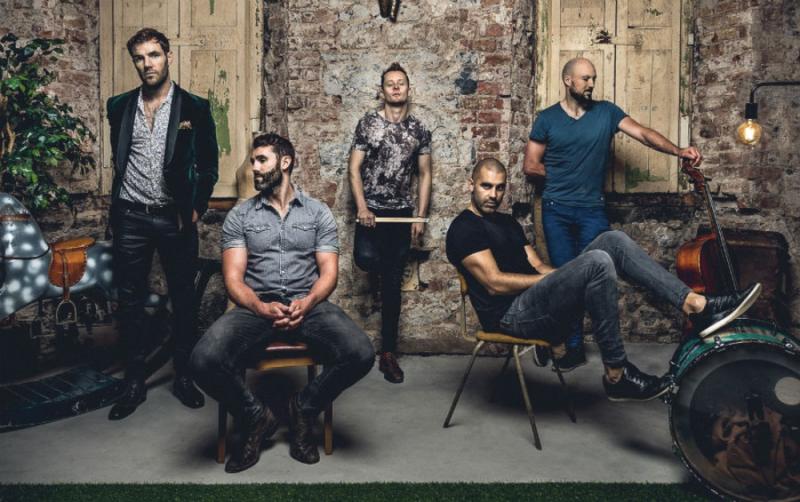 Dolans Presents are reporting a huge demand for this year’s Live at the Docklands concert series which returns to Limerick this June Bank Holiday weekend.

US chart-toppers The National have sold-out their Limerick date. Jenny Greene and the RTÉ Concert Orchestra and Limerick’s own Hermitage Green complete the line-up for the concert series with limited tickets still available.

Developed by Dolans Presents, Live at the Docklands will be hosted on Limerick Docks. The events will be hosted in a specially erected Marquee with a capacity for up to 4,000 people.

First developed in 2019, the eagerly awaited Live at the Docklands event was put on hold due to Covid-19 but is once again set to firmly become one of the key annual dates in Limerick’s event calendar.

“Dolans Presents have always strived to be more ambitious when it comes to the planning of large-scale events that put the city on the map.

“The introduction of Live at the Docklands in 2019 was warmly welcomed and supported by Limerick audiences. Covid-19 put a hold on plans for the past two years but we are now ready to present the next phase of this series.

“We have invested heavily in our programming and are determined to continue to develop our off-site production spaces under the brand of Dolans Presents”.

Working closely with Shannon Foynes Port Company, Dolans Presents have once again identified the area of Limerick Docks located just off Atlas Avenue as a location for the Live at the Docklands series.

2FM's Jenny Greene and the RTÉ Concert Orchestra play Live at the Docklands in Limerick on June 3 along with some very special guests. The collaboration has gained a reputation for giving fans an unparalleled live experience. They debuted on
the Rankin's Wood stage at Electric Picnic in 2016, with the DJ and the 48-piece orchestra featuring live performances of 90s club classics.

The event was one of the highlights of the 2019 Live at the Docklands series playing to a sell-out Limerick audience.

Hermitage Green, one of the most successful bands to emerge out of Limerick in recent years complete the Live at the Docklands series playing one of their biggest capacity venues on June 4.

“We believe Live at the Docklands has the potential to grow substantially in the coming years”, Mick Dolan added.

“With good planning, programming and marketing we are determined to develop the Live at the Docklands concept into one that becomes an annual event that attracts significant audiences to Limerick from across the country are further afield”, Mick
Dolan added.

Limited tickets for Jenny Greene and the RTE Concert Orchestra on June 3 ,and Hermitage Green on June 4 are still available and can be purchased now from www.dolans.ie