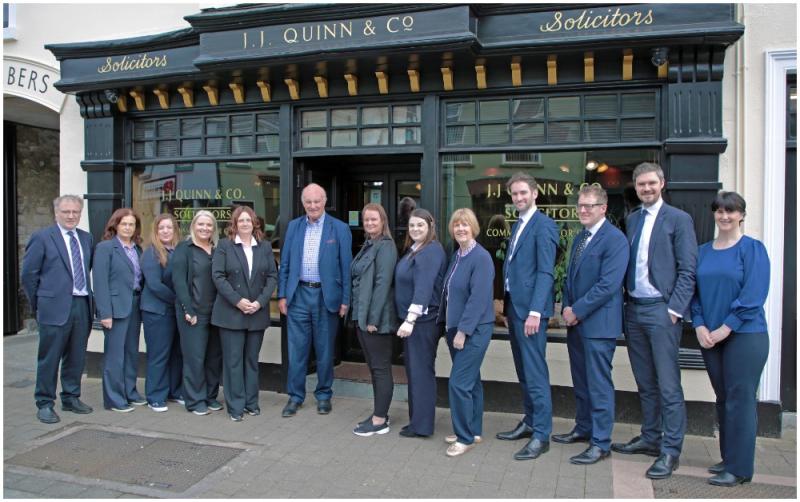 Just two of the superlatives that can be used to sum up the virtues of renowned Longford practice John J Quinn and Co LLP as it celebrates 40 years at the apex of the midlands’ legal industry this week.

Spearheaded by its founder, principal and managing partner, John J. Quinn the firm is arguably the most preeminent, respected and longest established law firm’s this side of Dublin. 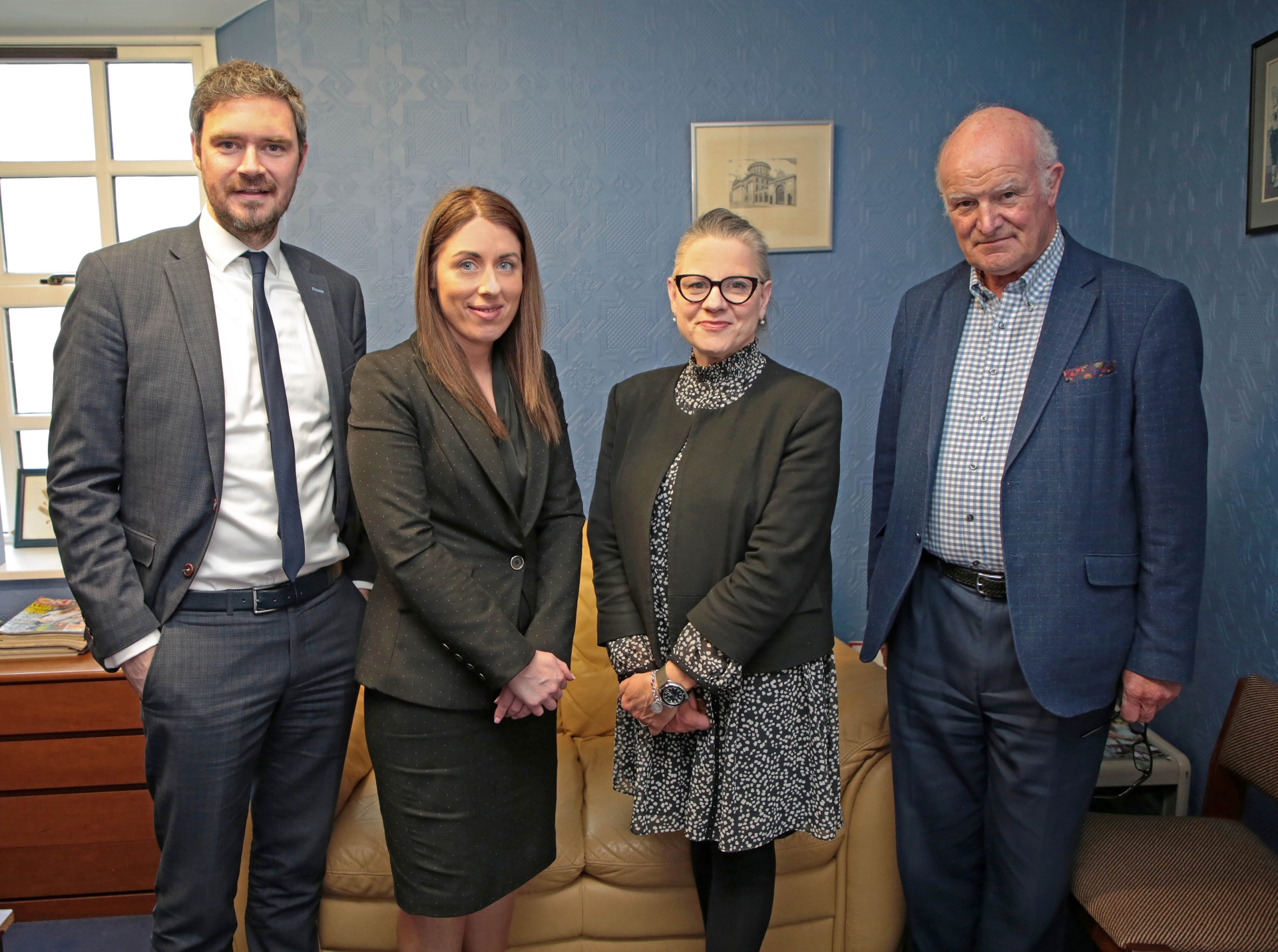 Much of that repute has come courtesy of the man who has helped fly the business’ commercial flag over the past four decades.

Educated at Dominican College in Newbridge, the father of four qualified as a solicitor in 1972, obtaining the distinction of being the youngest at just 21 to graduate from his class.

A successful apprenticeship spell with fellow Longford outfit E.C. Gearty and later Reddy Charlton and McKnight Solicitors in Dublin followed before the Quinn name duly arrived on the Longford judicial circuit in April 1972. 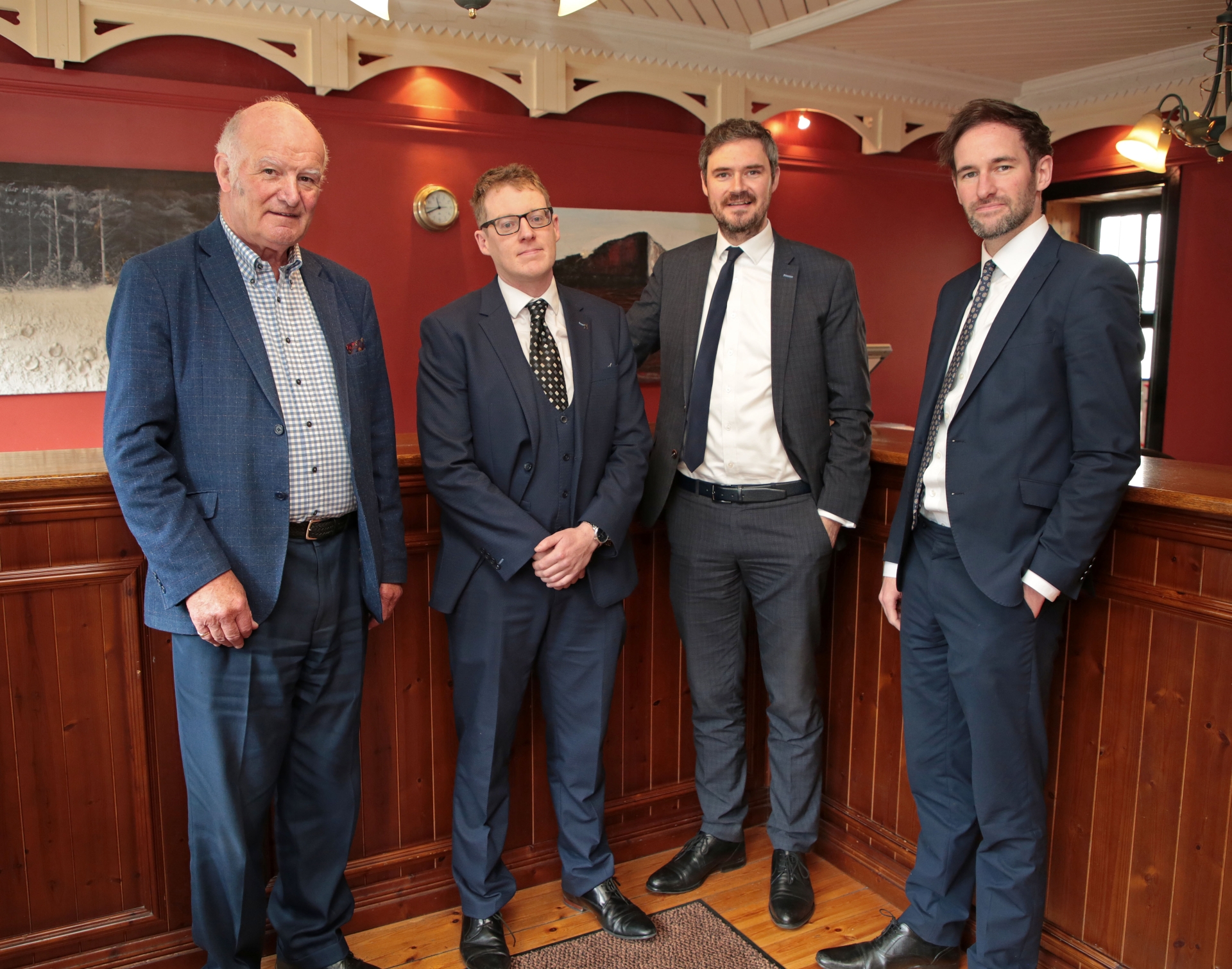 That office, located on New Street, helped provide the springboard for the firm to establish a foothold in all areas of general practice in both Longford and Granard with particular emphasis in personal injury litigation and criminal law.

The firms current areas of expertise have expanded to include medical negligence and advising on all aspects of contracts and leasing, commercial and residential conveyancing, probate and estate planning, employment law and family law. 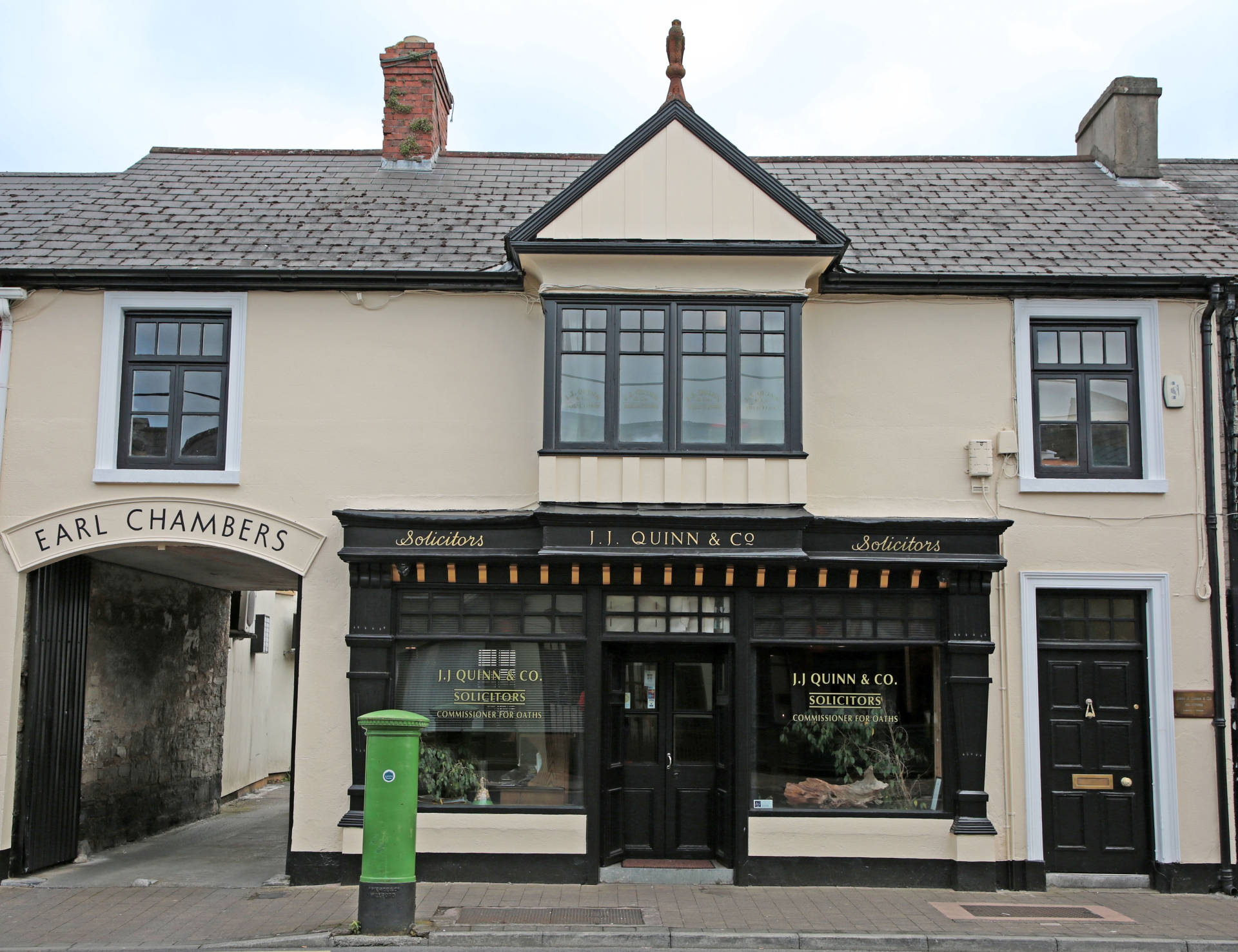 That wide ranging level of service and burgeoning success prompted the company to set up home in one of Longford’s most decorative and unique buildings in what was formally known as ‘Oriel House’ along the county town’s Earl Street.

First constructed in 1901, the structure is famed for its Edwardian like Oriel style windows, an uncommon feature that lies below the building’s highest and possibly most distinct feature, namely a ‘cockatoo”, a landmark which was historically used by local townsfolk to predict future weather patterns.

A devout sporting addict, John is an active member of Longford Rugby Club of which he is a former President, following his playing days. 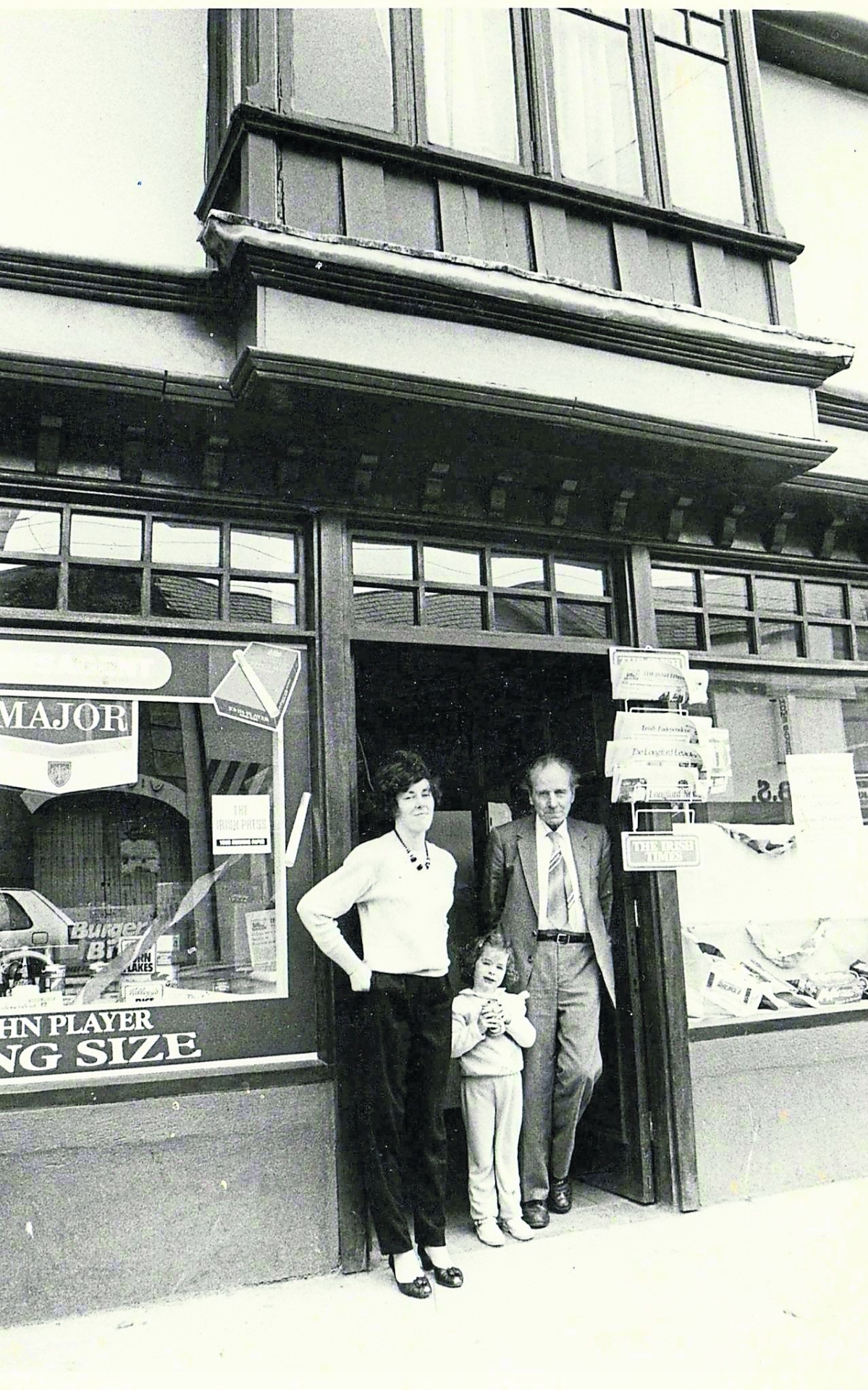 A young Helen Quinn and her daughter, Aoife, pictured in 1988 with Peter Reynolds who ran Matthews shop and sub post office on Earl Street. It's now part of the John J Quinn & Co Solicitors’ offices. For many people growing up in Longford it was a wonderful shop full of glass jars crammed with sweets. Reynolds was a brother of the late Helen Quinn’s mother, Nellie McDermott

A member of Longford Chamber of Commerce to boot, John, who sadly suffered the loss of his beloved wife Helen only last Christmas, continues to uphold and support a plethora of local sporting organisations including Longford Golf Club and GAA while also enjoying a wider range of sporting  interests.

Alongside John, Pauline Brady, a Ballinalee native, became a partner in 2010, having commenced working with John when she qualified in 1994.

Pauline Brady is well known as an excellent conveyancer, assisting clients in the buying and selling of properties whilst also working in litigation and operating a large family law practice. 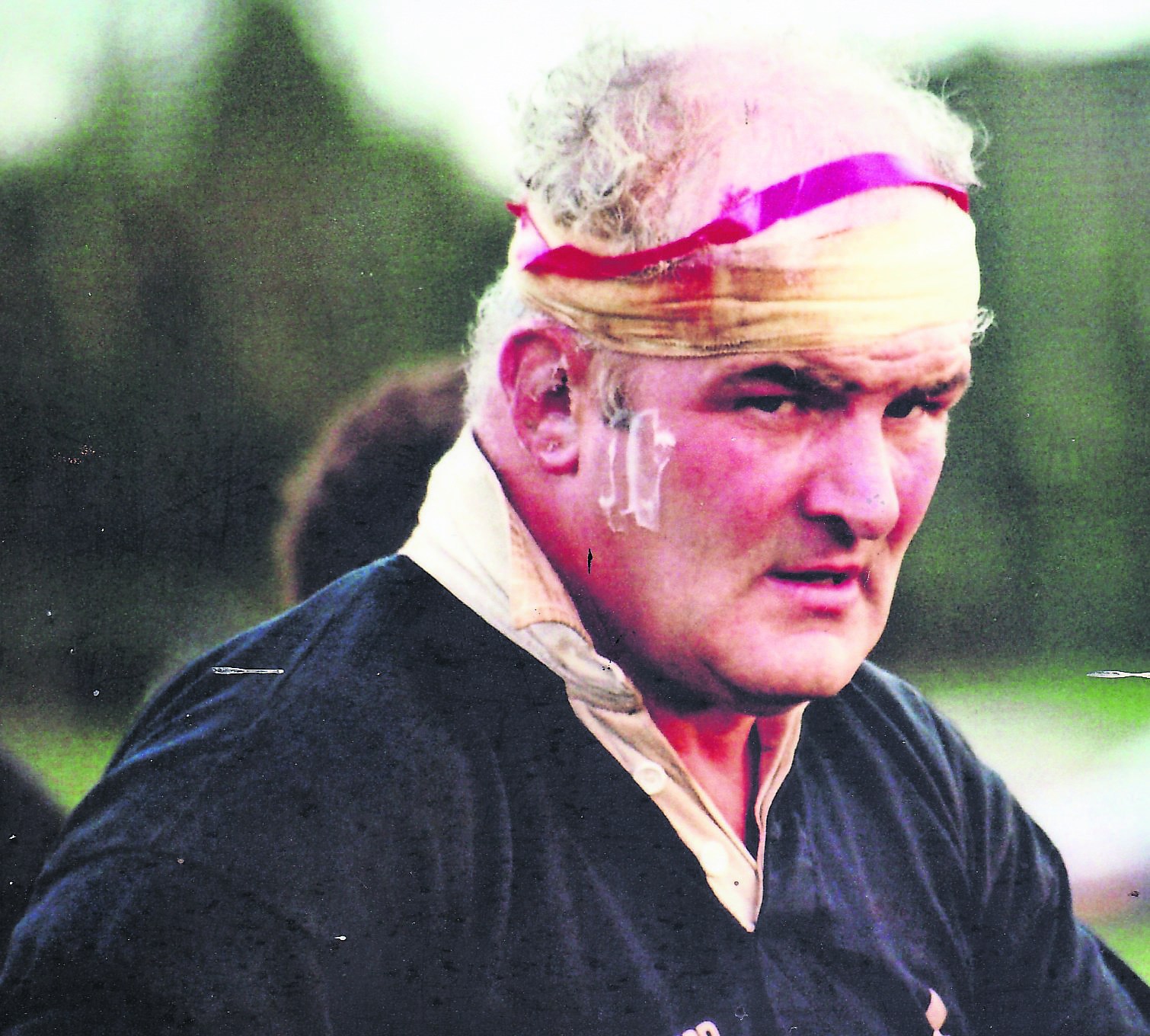 Outside of the office Pauline is a GAA fan, serving as Secretary to her local Club Sean Connollys Ballinalee for many years and is a keen amateur photographer.

In 2016, John’s nephew Conor Quinn, who hails from Newtownforbes became a partner, together with Orlaith Higgins.

They had both completed their apprenticeships with the firm and now form part of the firms successful and ever expanding litigation department.

There are currently four partners and two associate solicitors, one of which is John's son, Diarmuid Quinn who is continuing the family tradition and Jack Donohue, the newest recruit to the practice who has a particular interest in criminal law.

A special mention to Killashee native Catherine Casey who has been a permanent fixture in the firm’s accounts department over the past 40 years. 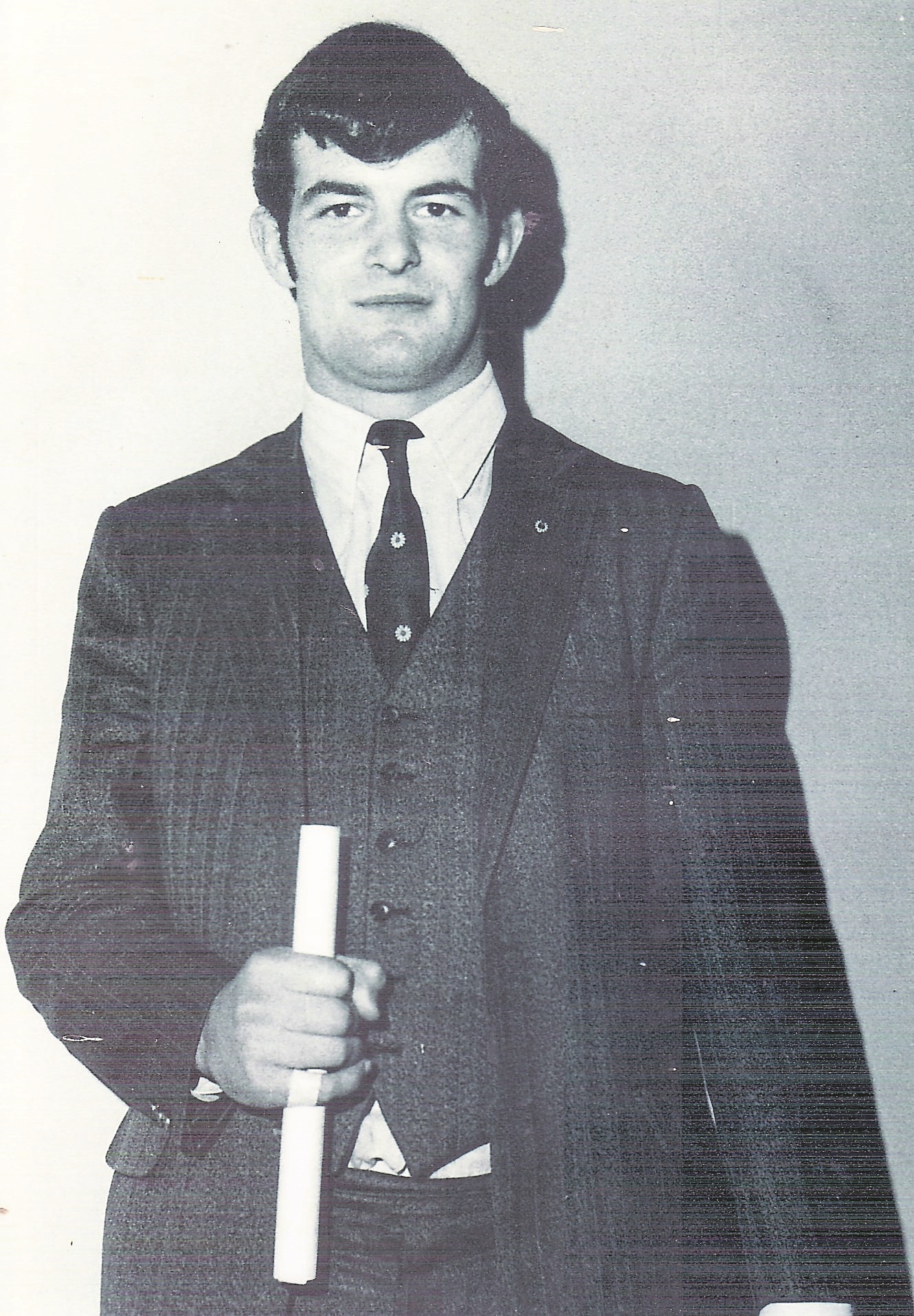 John Quinn following his qualification as a solicitor in 1972

Catherine is one of close to 20 staff members presently employed by the practice, the vast majority of whom have been on its books for over 20 years.

And with moves already afoot to add a further “two to three” secretarial staff to its employee roster over the weeks and months ahead, it’s not hard to see why this pioneering and dynamic legal outfit is not just Longford’s, but the leading go-to law firm practice across the wider Midlands region.