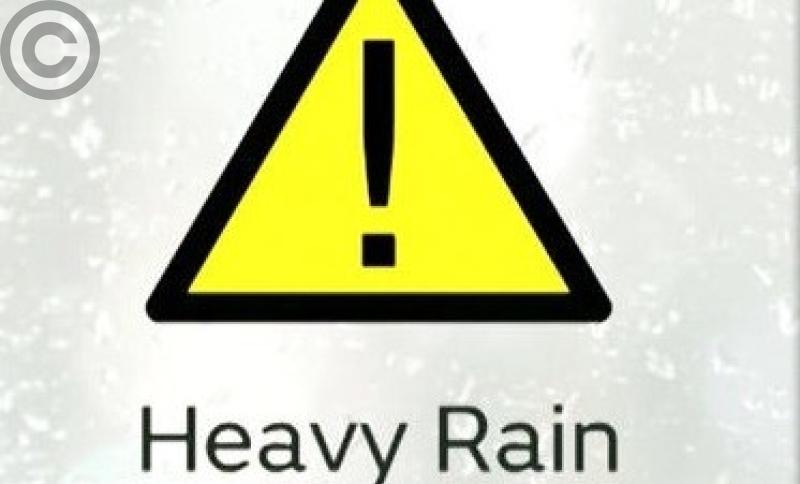 Met Eireann has issued a new weather warning this morning.

A Status Yellow Rainfall Warning is in place for five counties on the west coast.

The warning, for Galway, Mayo, Clare, Kerry and Limerick states that spells of rain during Saturday will bring further accumulations of up to 20mm possible, especially in upland areas. It was issued at 8am and is in place until 11.59pm today

The Met Eireann weather forecast for today is for it to be wet in Connacht, Munster and parts of south Leinster with heavy rain at times and fresh to strong and blustery northwest winds especially in southwest Munster. Dry and bright to begin in eastern and northeastern areas with mist and fog clearing and lighter winds. However, showers or longer spells of rain will spread to most parts of the country later this morning and afternoon. Highest temperatures 10 or 11 degrees.

Further rain in many areas for a time early tonight but breaking up into showers and drier clearer weather developing especially across Ulster. Mist and fog developing also. Lowest temperatures will range from 2 or 4 degrees in the north with a slight frost, between 5 and 8 degrees elsewhere.