Cheltenham: how will the Irish novices fare

Countdown to the big Festival 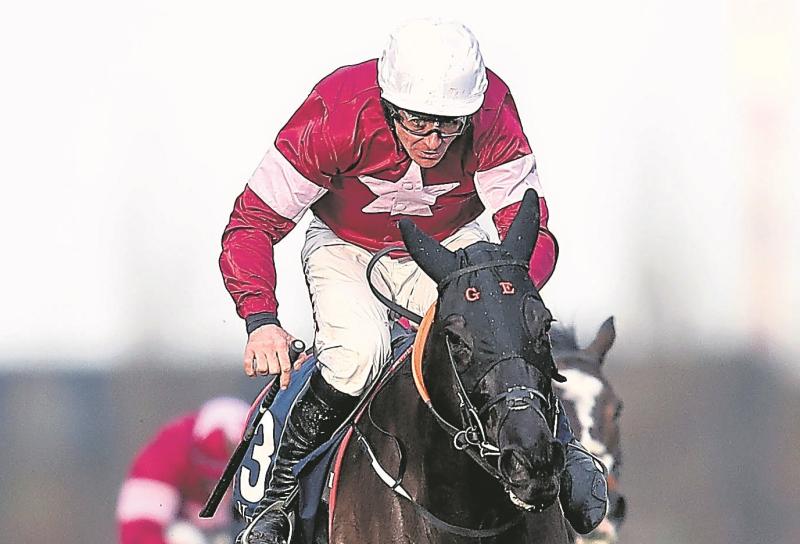 There's just something about Ireland sending over a red-hot novice to the Cheltenham festival, isn’t there?
When you look back over the years, not just have we had some hugely exciting young horses head over to Prestbury Park for the annual pilgrimage but more often than not, they indeed have been the horses which we’ve rested our hopes on for making a few quid.
Plenty have come up trumps for us too from Golden Cygnet (1978) to Danoli (1991) to Samcro just 12 months ago. There have been plenty of failures too with Harcon (1995), Nick Dundee (1999) and Dunguib (2010) being the ones which stick out.
So, what about 2019?
Will our hot-novices stand up or bow out? Already, we have one standout novice it appears when it comes to the betting. Regardless of what happens on the first three days of next month’s festival, most of Irish backers’ fortunes will rely on the hopes of Sir Erec in Friday’s Triumph Hurdle. Joseph O’Brien’s four-year-old is already being compared to the best horses we’ve sent to this race and it’s hard to fault what he’s done so far over timber.
His Flat form is up there with anything that has changed codes in a long time and his trainer already knows what it takes to win the Triumph Hurdle. A deserved Irish banker in 2019? I think so.
We have been responsible for the last five favourites for the Supreme Novices’ Hurdle, solely thanks to Willie Mullins, and we’ve won three of them.
Two weeks on Tuesday, Al Dancer will probably deny us making it six favourites on the trot. Willie Mullins’ doesn’t appear to have anything outstanding in the field and out hopes could again rest with Joseph O’Brien.
Fakir D’Oudaries is unbeaten over hurdles and his runway win at the track last month gives him an outstanding chance.
He’ll have the four-year-old allowance too remember bit it’s exactly 20 years since the last juvenile won this race and that was Hors La Loi III. Gordon Elliott is likely to throw in Vision D’Honneur and Felix Desjy into the mix but we’re odds-against to win the festival’s opening race.
Le Richebourg was a deserved favourite for the Arkle Trophy before news of his injury broke earlier in the week so our hopes have now been severely dented.
Duc De Genievres, Paloma Blue and Articulum are now our best chances but we could now struggle to win our fourth Arkle Trophy in five years, even if it is a below average renewal.
As for the National Hunt Chase, a race we’ve won for the last two years, both Ballyward and Champagne Classic would look two worthy of this year’s accolade. We’ve had many a banker when the Ballymore Novices’ Hurdle comes around and while he won’t be as short in the betting as the likes of Danoli, Istabraq, Faugheen or Samcro, Battleoverdoyen will be the obvious Irish horse to side with in the 2m5f test.
Throw in City Island and a handful of others and we most definitely have a strong case here. That is also the case with the RSA Chase, where Irish chances of success will rest on Delta Work.
He’s unbeaten in his three starts over fences and has looked better with each run. His Pertemps win from last year will surely stand to him and he’s the one to beat.
The weights for the Fred Winter Juvenile Hurdle will determine our chances there but Band Of Outlaws looks one of our best chances while we’re long odds-on to win another Champion Bumper thanks to the presence of Envoi Allen and Blue Sari.
Irish-trained horses have won seven of the eight runnings of the JLT Novices’ Chase so we’d be expecting to go close here on that record alone.
However, the betting suggests otherwise. We might make up for that in the Dawn Run Mares Novices’ Hurdle, a race we’ve won every year, with either Honeysuckle or whatever Willie Mullins throws at the race.
Of the three main novices’ hurdles at the festival, it’s the Albert Bartlett Novices’ Hurdle which we’re a bit ‘hit-and-miss’ but we’ll have a big team once again here. Derrinross goes there with a big chance, if he gets his round conditions, while Alaho and Relegate will spearhead the Mullins charge.
So do Ireland have a strong novice team this time around?

Potentially we do and if you can be sure that we’ll do okay. Sir Erec, Delta Work and Battleoverdoyen appear to be the three main horses which we’ll be thrusting our hopes on.
Anything after that on the novice front will be a bonus this Cheltenham.