On this day in 1995: Rioting England fans cause Ireland friendly to be abandoned 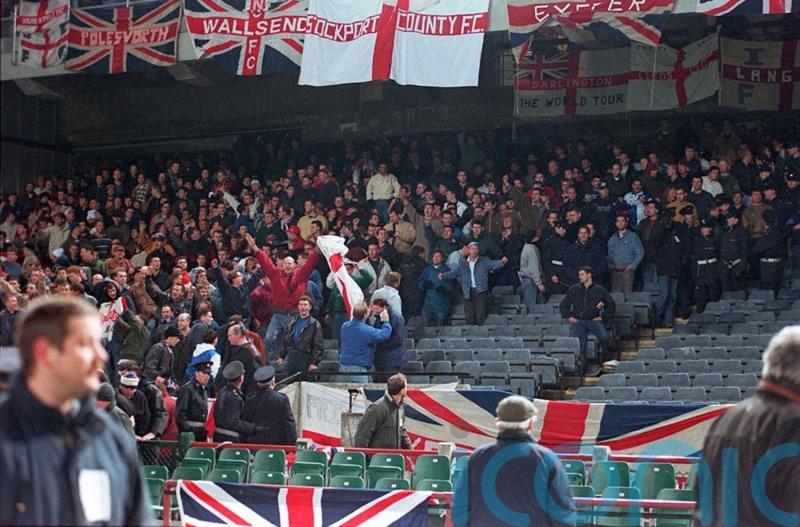 On this day in 1995, rioting England fans forced a Dublin friendly to be abandoned after 27 minutes with the Republic of Ireland leading 1-0 at the time.

The shameful scenes at Lansdowne Road were a dark moment in the history of English football, with a number of fans suffering injuries and 40 people arrested.

With England trailing, some fans in the upper west stand started ripping up seats and benches before hurling them at Irish supporters below. It later emerged that far-right groups had bought tickets for the match to cause trouble. 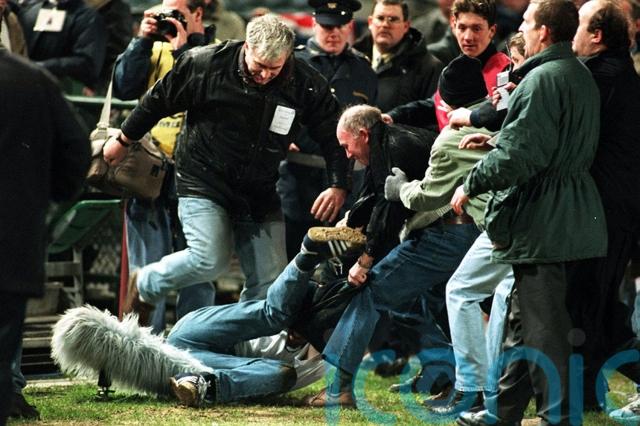 Ireland were leading 1-0 through David Kelly’s 22nd-minute strike, but it was soon after England midfielder David Platt had a goal ruled out for offside in the 27th minute that crowd trouble forced the game to be stopped.

There was a 12-minute delay as the players left the field before the match was called off despite pleas from Ireland manager Jack Charlton and his England counterpart Terry Venables.

There were eight players in the Ireland starting line-up for the match who had been born in England. 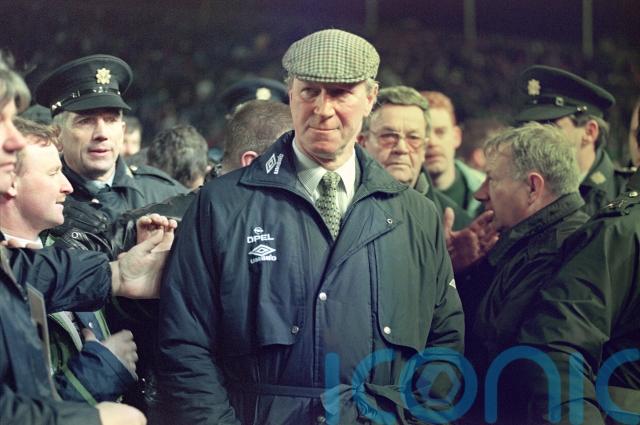 Charlton, a World Cup winner with England, said at the time: “I’ve seen a lot in football but I’ve never seen anything like that. Every Englishman should be ashamed.”

There was an official public inquiry in the wake of the trouble by former chief justice of Ireland, Thomas Finlay, where it was concluded that the violence was caused only by England fans, without any provocation.

Ireland and England did not play each other again for another 18 years following the abandoned friendly.