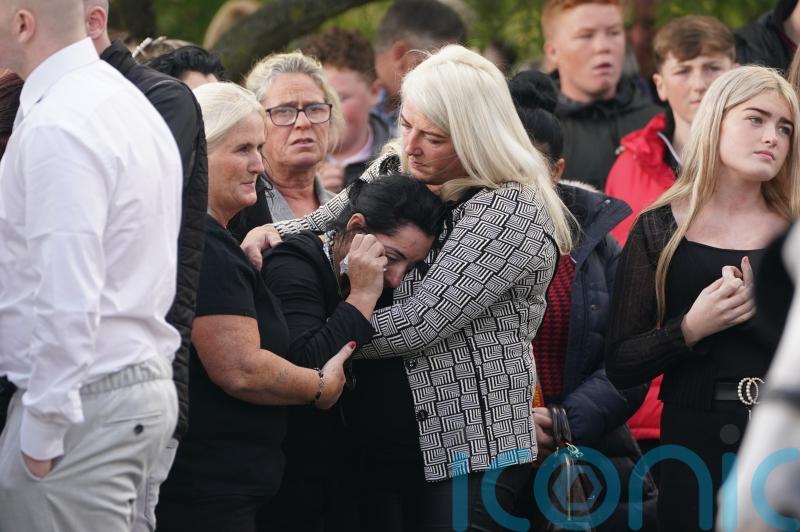 The funeral will be held later today for three siblings who were killed in a violent attack at their home in Tallaght, Dublin.

Lisa Cash, 18, and her eight-year-old twin siblings Christy and Chelsea Cawley will be laid to rest at Bohernabreena Cemetery following their funeral mass at St Aidan’s Church in Brookfield at 10am.

A large crowd of mourners gathered on Thursday evening as their remains were brought to the church by horse-drawn carriage.

The siblings died after an incident at their home on Rossfield Avenue in Tallaght in the early hours of Sunday.

Their older brother Andy Cash,24, with the same address, has been charged with their murders.

At a special sitting of the District Court at Dublin’s Criminal Courts of Justice on Monday Garda Robert Whitty told the court Cash made no comment when charged with their murders. 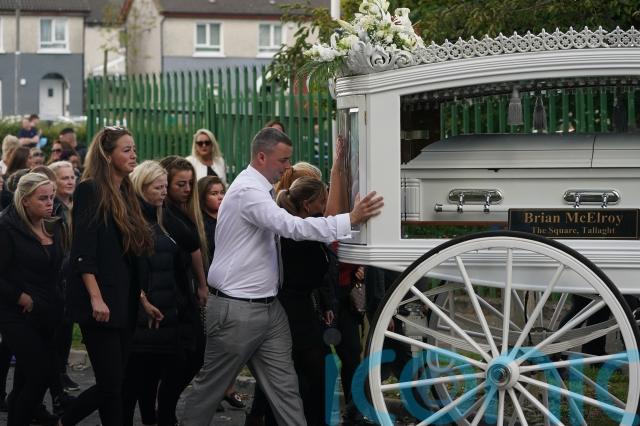 He is due to appear via video link at Cloverhill District Court on Friday morning at the same time as the funeral mass.

A death notice posted online earlier this week said the children were the “beloved and cherished” son and daughters of Margaret and the late Andy Cash and Billy Cawley and the “much-loved” brother and sister of Margaret and Mikey.

“Lisa, Chelsea and Christy will be forever loved and very sadly missed by their heartbroken family, grandparents Martin McDonagh, Martin and Mag, aunts, uncles, cousins, brother-in-law Michael, nephew Baby David, extended family and all their many friends,” the notice read.