Ireland’s president and premier pay tribute to the Queen 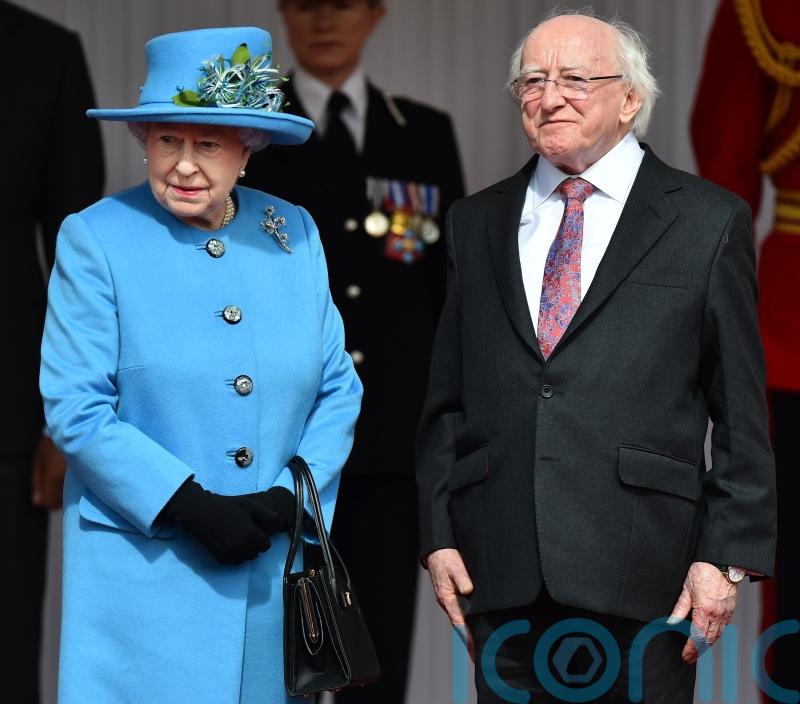 Irish President Michael D Higgins has paid tribute to Queen Elizabeth as “a remarkable friend of Ireland” upon her death at the age of 96, as Irish premier Micheal Martin said that her wisdom and experience were “truly unique”.

The Prince of Wales is now King, having acceded to the throne immediately on the death of his mother.

Members of the Irish government issued statements paying tribute to the Queen – in particular praising her 2011 visit to Ireland as a “watershed moment” in Anglo-Irish relations in what was the first visit by a British monarch since Ireland gained independence.

Mr Martin conveyed his “deepest sympathy” to King Charles III, the royal family, the UK government and the British people on behalf of the Irish Government.

He said: “The Queen’s reign was one of historic duration, immense consequence and a focus of respect and admiration around the world. Her dedication to duty and public service were self-evident and her wisdom and experience truly unique.”

He said the Queen’s passing was “the end of an era”.

He added: “To her grieving family and people, the Irish Government join with you in mourning the loss of an exceptional woman who led by quiet and dignified example and who touched so many lives over her exceptionally long reign.

“Our world is a poorer place for her passing but a far richer and better place as a result of her long life and enduring contribution.”

In a statement, President Higgins expressed his “profound regret and a deep personal sadness” at the death of the Queen, adding that “she will be deeply missed”.

On behalf of the people of Ireland he expressed his “heartfelt sympathy” to King Charles and the Royal Family, and offered his deepest condolences to the British people and to Commonwealth members on the loss of “a unique, committed and deeply respected Head of State”.

Mr Higgins continued: “Her Majesty served the British people with exceptional dignity. Her personal commitment to her role and extraordinary sense of duty were the hallmarks of her period as Queen, which will hold a unique place in British history.

“Her reign of 70 years encompassed periods of enormous change, during which she represented a remarkable source of reassurance to the British people.

“This was a reassurance based on a realism of the significance of present events, rather than any narrow conception of history.

“This was so well-reflected by a remarkable generosity of spirit which helped to foster a more inclusive relationship both with the British people themselves and with those with whom her country has experienced a complex, and often difficult, history.”

He also said that the Queen’s visit to Ireland was “pivotal in laying a firm basis for an authentic and ethical understanding between our countries”.

“As we offer our condolences to all our neighbours in the United Kingdom, following the loss of a remarkable friend of Ireland, we remember the role Queen Elizabeth played in celebrating the warm and enduring friendship, and her great impact on the bonds of mutual understanding, between our two peoples.”

Ireland’s deputy leader Leo Varadkar paid tribute to her contribution in “opening a new chapter in relations between Ireland and the UK” and said she had “won respect and admiration all around the world”.

Mr Varadkar also expressed admiration for her commitment to her duties.

He said: “Her workload was the stuff of legend – as late as Wednesday evening, she was scheduled to meet with her Privy Council to discuss affairs of State.”

The Tanaiste also paid tribute to her “warmth, her grace and most especially her humour” during her visit to Ireland in 2011, when Mr Varadkar was minister for tourism.

“Symbolism matters, and the visit showed that it is possible to move beyond a painful history, and use our shared experiences to build a new future in a spirit of hope and forgiveness,” he said.

He continued: “Ireland has had a complex and deeply troubled relationship with the British monarchy over many centuries. Queen Elizabeth will be remembered as someone who built bridges between Ireland and the UK, and restored connections between our nations.”

Foreign Affairs Minister Simon Coveney said the Queen’s death “epitomised that generation of British people who endured the Second World War with both bravery and stoicism”.

He said: “Her long reign, the longest in British history, saw profound change affecting virtually every aspect of politics and society. Throughout her reign, the Queen was a constant and reassuring presence in British life.

“Her historic visit to Ireland in 2011, the first by a reigning British monarch since our independence, was a critical step in the peace process and helped to move British-Irish relations to a new level.

“The warmth and spontaneity of the Queen on that occasion touched all those she met.”

Mr Coveney said that he was “privileged” to welcome her to the English Market in Cork city during that visit, and witnessed “how much that visit meant to her personally and to the people of Cork”.

He added: “Through our Embassy in London, I have conveyed deepest sympathies to His Majesty, King Charles, the Royal family more generally and to all the British people on their sad loss.

“While they grieve that loss, they also can give thanks for a long life of public service lived to the full with immense dignity.”