Micheal Martin: Findings of Siteserv report a cause of concern 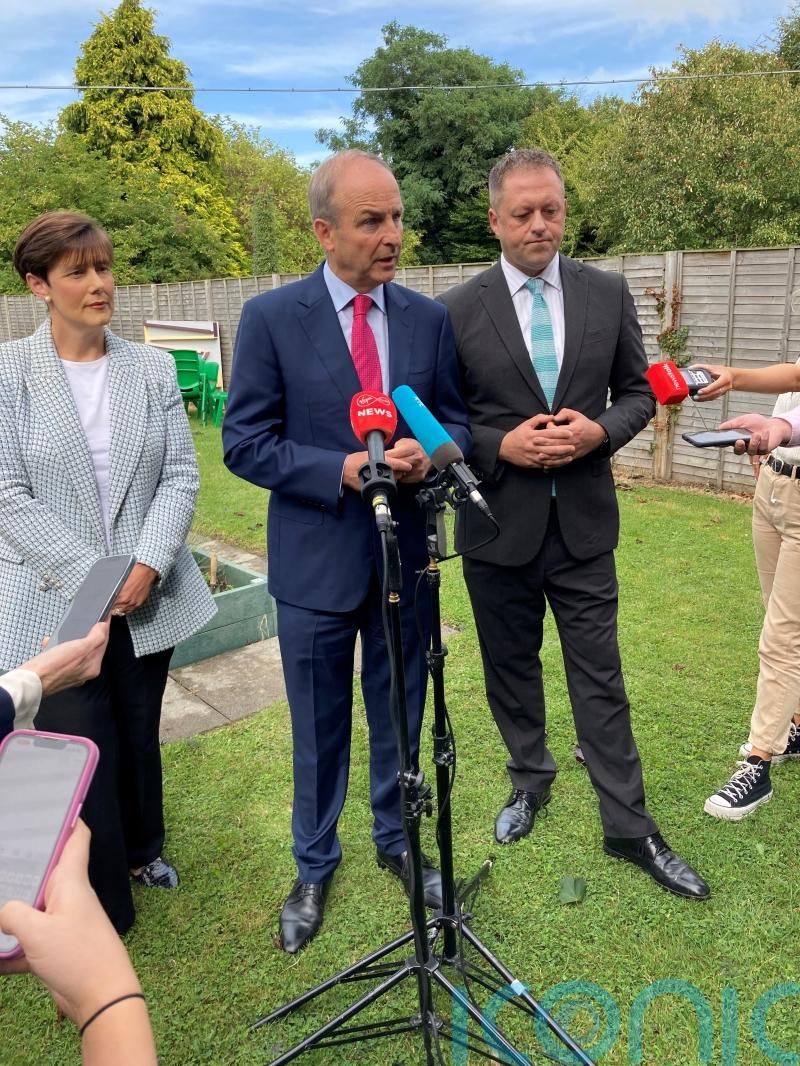 Taoiseach Micheal Martin has said the findings of the Siteserv report are “a cause of concern”.

Mr Martin described the 1,500-page report, which was published on Wednesday, as “worth reading” due to its “very serious findings”.

He added that the Government had referred the document to the Revenue Commissioners and other Government agencies.

The Commission of Investigation was set up in 2015 to examine the sale by the Irish Bank Resolution Corporation (IBRC) of Siteserv to a company controlled by businessman Denis O’Brien.

The commission found that the IBRC made its decision to approve the 45 million euro sale of the Siteserv Group in good faith, but based on misleading and incomplete information provided to it by the Siteserv company.

It also found there was a “below the surface” process where certain events occurred in the course of the sale process without the knowledge of the bank.

This “below the surface” process meant that steps were taken and decisions made in the course of the sale process in a manner that was “manifestly improper” and which undermined the integrity of the Siteserv sale process.

The commission also determined that it can be concluded the Siteserv transaction was, from the perspective of the bank, so “tainted by impropriety and wrongdoing” that the transaction was not commercially sound.

Speaking at an event in Dublin, Mr Martin said: “There are very serious findings there in respect of the behaviour of a number of individuals involved in the sale and the findings are of a nature that would give cause for concern in respect of the behaviour of certain individuals, how the information was concealed from the bank, even from advisers in certain points in time and how there was a below the surface operation in relation to the sale of Siteserv.”

He said on foot of the recommendations the Government had referred the document to the Revenue Commissioners and to various government departments and agencies that deal with company law.

Mr Martin added that the Commission of Investigation model needs to be examined as it is “not satisfactory” that the report took seven years before it was completed.

“It’s taken seven years, the costs are significant, because in Ireland a person’s entitled to the protection of their good name is the key principle that we go by.

“And that invariably means in inquiries of this kind, that people are entitled to representation and so on, it can take longer.

“It is an issue for us in terms of calls that repeatedly come for further commission investigation, for further inquiries.

“We simply have to go back to the drawing board and look at the models because it is not satisfactory that seven years on we’ve dealt with one module.

“And if I recall back in 2015, there were quite a number of modules that people wanted – and clearly it’s not satisfactory that each one can take that length of time.”

Social Democrats co-leader Catherine Murphy described the report as a “devastating chronology” of the Siteserv deal.

“It is clear, from Mr Justice Brian Cregan’s lengthy report, that the integrity of the Siteserv sales process was undermined from the very start,” she said.

“In fact, the phrase ‘tainted with impropriety’ is mentioned on 44 separate occasions in the body of the report.

“The devastating chronology of the deal, detailed in the report, makes clear that certain parties, central to the transaction, manipulated the process in their own self-interest.

“These named individuals peddled mistruths, concealed information and engaged in behaviour that the report describes as ‘manifestly improper and wrong’.

“The report is replete with examples of undisclosed conflicts of interests by named insiders which ultimately resulted in a deal that the report finds was not commercially sound.

“The biggest loser in all of this was the State, given IBRC could have recovered up to 8.7 million euro more than the 44.3 million euro it agreed to accept in settlement of Siteserv’s indebtedness.”

She urged the Government to urgently act on its important recommendations.

“However, the length of time the Commission took to publish its report, seven years, is evidence that the manner in which public inquiries are undertaken by the State is broken and needs urgent reform,” she added.