Taoiseach vows to back ‘strongest possible’ sanctions against Russia 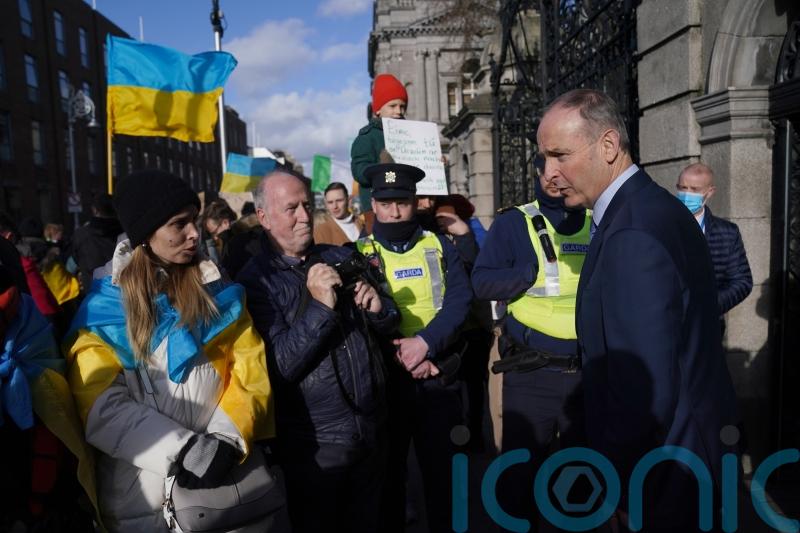 Ireland will back the “strongest possible and most comprehensive” package of sanctions against Russia to punish the country for its invasion of Ukraine, the Taoiseach has said.

Micheal Martin said the punitive measures will reflect the “grave nature” of the assault on the Ukrainian people.

Speaking ahead of the summit of EU leaders, Mr Martin said he will support sanctions in the financial, energy and transport sector that would help “weaken the industrial base of Russia” and its capacity to wage a war.

EU leaders are meeting on Thursday evening to discuss and agree on a range on sanctions against Moscow. 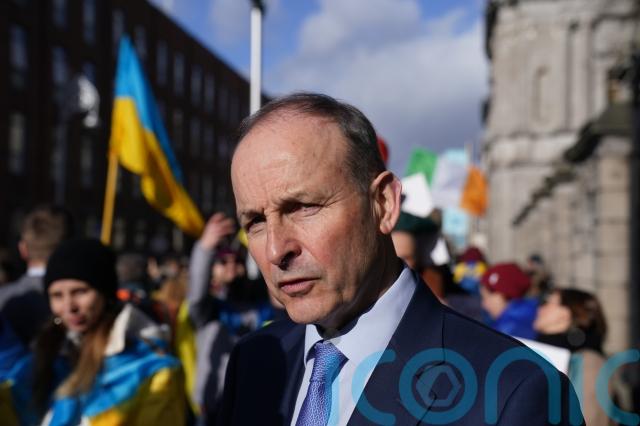 “It’s not a situation that we wanted to be in but we are coming here this evening and I coming here representing Ireland, along with my European colleagues to, in the first instance, collectively condemn the outrageous and immoral attack on the territorial integrity of Ukraine and on its people,” Mr Martin said.

“We will be supporting the strongest possible and most comprehensive sanctions that can be deployed, particularly in the financial sector, in energy and transport and in a range of sectors that would weaken the industrial base of Russia and also its capacity to wage war.

“All diplomatic efforts were made by European leaders over the last while to try and avert this crisis, to de-escalate the situation. But it is very clear that Russian was intent on a military assault on the Ukrainian people.

“We will support Ukraine in any way we can. We will be providing an initial 10 million euro fund towards humanitarian purposes, but we will also stand ready to do whatever else we can to assist the Ukrainian people and the Ukrainian Government in this, their hour of need.”

Asked whether it would support the removal of Russia from the Swift global interbank payments system, Mr Martin said: “We will support the strongest possible sanctions and will work collectively with our colleagues this evening.

“It is extremely important that we work collectively and in a unified way and pursue the strongest measures possible.”

He said that Ireland would not recognise a government installed by Russia.

“We support the democratically elected government of Ukraine and will continue to do so,” he added.

“We are a liberal democracy that fundamentally believes the fundamental principles of a United Nations charter, which have been violated by Russia in this situation.

“We believe in peaceful resolution of disputes. We think of the Ukrainian people in the line of fire.

“We think of the young people who will die because of this Russian aggression and in no way is this justifiable by any yard stick and we are very resolute on that.” 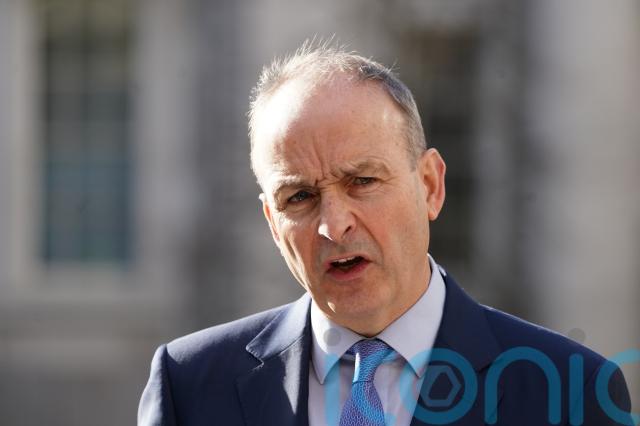 Earlier, Mr Martin paid tribute to two Irish diplomats working in Kyiv and said that the Government was “maintaining close contact with Irish citizens in Ukraine”.

He said that their safety is “paramount”.

Mr Martin also said that Ireland can especially understand the plight of Ukrainians.

“As a small country in particular, today’s use of brute force in pursuit of a warped perception of national interest is a serious affront,” he said.

Taking questions from reporters, Mr Martin said that he expected to find “unity” in Brussels over the necessary response.

He said that sanctions should not be “incremental” and needed to be “immediate”.

Mr Martin said that any military response from the western countries was not something to be lightly considered.

“The economic sanctions and dealing with this in a different way from the military route is the most effective one to protect the lives of people across Europe.”

Speaking from the Ukrainian embassy in Dublin, Ms Gerasko said: “Not only Ukraine, but I would say the whole world.

“Today a full-scale armed conflict in the heart of Europe was launched by Russia.

“Russia has deliberately humiliated the UN, the rule of law and the democratic purpose.

“The Kremlin stated countless times that it is open to diplomatic dialogue.

“Last night, President Zelensky called Mr Putin to discuss possible settlement or possible steps that would lead to de-escalation, but Putin declined this call and that’s everything we need to know abut Russian diplomacy.” 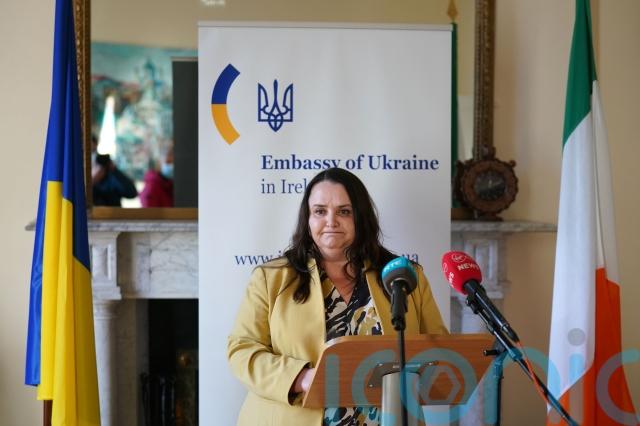 Ms Gerasko called on the Irish Government and for EU leaders to introduce tougher sanctions against Russia.

“These package of sanctions must heed Russian economy.

“So now the question is where does Putin stop?

In the Dail on Thursday evening, Foreign Affairs Minister Simon Coveney confirmed that the Irish Embassy is no longer operating in Kyiv.

“Our staff and other staff are transferring to a safe place as we speak,” he told the Dail.

He also provided an update on the plans for a visa waiver scheme for Ukrainian nationals.

Mr Coveney said that he was working with the Irish justice minister to “put a structure and system in place that will allow Ukrainian citizens in Ireland bring their families from Ukraine to Ireland, if they judge that that’s necessary for safety reasons”.

He said that he will ensure that the “system works and is streamlined”.

“Likewise for Irish citizens who are in Ukraine, who of course want to bring their families with them home who may not be Irish nationals, we will also ensure that we have a process in place that will allow them to do that quickly and without impediments,” Mr Coveney added.