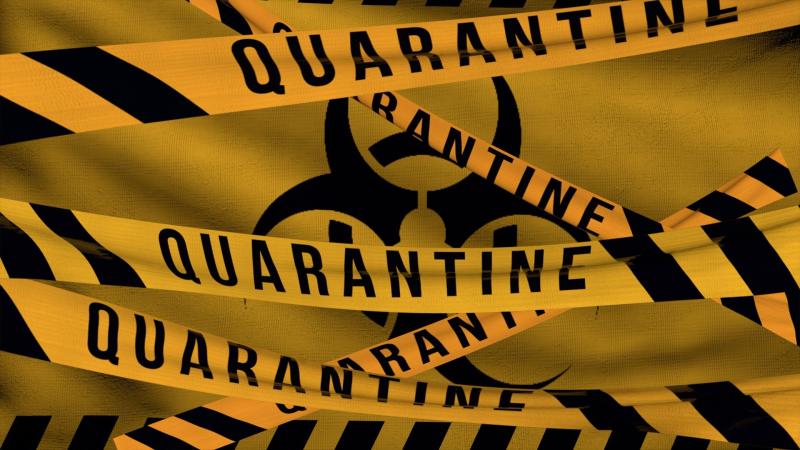 Two men seeking international protection in Ireland are "free to leave" a Dublin hotel they claimed they were unlawfully detained at following their release from prison, the High Court has heard.

The two, who sought an inquiry into the legality of their alleged detention at the hotel,  are citizens of a non-EU/EEA country and cannot be identified for legal reasons.

The High Court heard that the State denied that they were detained at the hotel, and said they had been placed in quarantine arising out of the Covid-19 pandemic for a five-day period.

The State said the quarantine lasted longer than five days because of a lack of space at any of its accommodation centres for asylum seekers.

The court also heard that the men, who aged in their thirties, were detained at Dublin Airport in September after they attempted to enter the country on fake Israeli passports.

Following their arrest, they were remanded in custody at an Irish prison.

They then applied for asylum in the State claiming that they fear persecution if returned to their native country.

On November 30 last they pleaded guilty before the District Court to charges arising out of their attempt to enter the country on the fake travel documentation.

They received one-month prison sentences, which were suspended on conditions by the District Court judge including that they be processed by and engage with the State's International Protection Offices at Mount Street in Central Dublin.

However, the men claimed that without explanation the Gardai brought them to Dublin Airport on November 30 last where they were fingerprinted and photographed.

They were then brought to a Dublin hotel where they claimed they were told they were to stay in quarantine for some 14 days.

Their meals were provided,  but they claimed their mobile phones were taken from them.

They claimed they were confined to the room and not permitted to leave the hotel.

They claimed this amounted to detention, which they alleged impacted on their health and well-being.

Arising out of that, the lawyer acting on their behalf asked the High Court to direct an inquiry under Article 40 of the Constitution into the legality of what they claimed was their detention.

The men, represented by Dominic McGinn SC, Keith Spencer Bl instructed by solicitor Niall O'Connor, claimed that they and their lawyers sought clarification as to their status in the hotel.

It was claimed that they did not get any clarification on their questions if the men were being kept in a mandatory quarantine regime and why the district court's order was not being carried out.

Following out of court talks between the parties the Judge was told by lawyers from the state that the men were free to go as they were not being detained.

The intention was to place the men at the hotel, where they would quarantine for a period of five days, the court heard.

They had remained in the hotel beyond the five days because the State's accommodation centres for asylum seekers are currently at capacity, the court heard.

Mr McGinn said that his side welcomed the fact that the men were free to leave the hotel but added that his side did not accept the State's version of events.

The matter will be mentioned before the courts later this month.