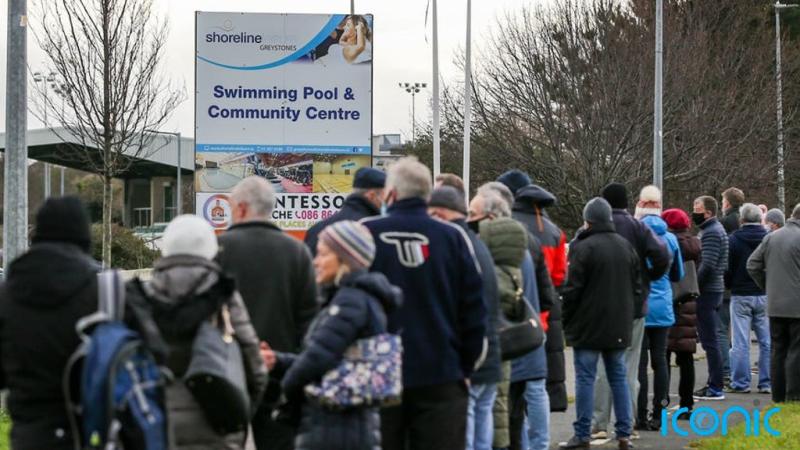 The chief medical officer for Ireland has urged the public to get the booster jab as the Omicron variant “will spread more quickly” than Delta.

Dr Tony Holohan said he expected the Omicron variant of Covid-19 to become the dominant one, but said it was too early to provide data on when it would happen.

He said that countries across the world were beginning to report widespread community transmission of the variant.

“All of the evidence seems to be that the Omicron will spread more quickly than we’ve seen with Delta,” Dr Holohan told RTE News at One.

“The so-called doubling time has been identified as being at much shorter intervals than we’ve experienced previously.

“The important message for people to hear is that we have confidence boosters will have a particularly protective effect.”

On Thursday, the Government announced that anyone arriving in Ireland from Great Britain would be asked to take daily antigen tests for five consecutive days after arrival.

Taoiseach Micheal Martin said that the advice, which will not be placed on a legal footing, had been taken due to the high volume of travel between the two countries.

Dr Holohan said that some parts of Britain were reporting challenges with widespread transmission.

He said that nine out of the 14 district authorities in Scotland had reported cases associated with the Omicron variant.

“We expect that pattern might repeat itself in other countries in Europe, but at this point in time, the UK has identified it has a significant challenge,” he added.

He said the early evidence was “very clearly pointing” towards an increase in transmissibility.

“The UK, not exclusively so, but it’s one of the countries that has reported widespread community transmission. We clearly have a close relationship to travel in terms of the Common Travel Area,” Dr Holohan continued.

As part of the advice, people are also advised to consider the spread of the Omicron variant in any country they are considering travelling to.

The advice comes after ministers received an updated public health assessment in relation to the Omicron variant.

Six cases of the new Omicron variant have been confirmed in Ireland, with health officials warning that the country should be braced for more.

Asked whether people should reconsider plans to travel to Ireland from Britain, Dr Holohan added: “People will make different risk assessments, depending on their individual circumstances.

“It’s important that people be aware and understand what the pattern of this disease is, and it is changing on an almost daily basis.

“We have to remember that the measures that we have in placed in terms of prevention of transmission of Delta will have the same effect in helping to prevent transmission of Omicron.

“The boosters that we have on top of the vaccine, all the early evidence suggests will have a good effect, in particular, in preventing the severe effects of Omicron and the Delta infection.”

He added: “We are 14 days away now from Christmas Eve, so people will be thinking about trying to keep themselves safe, thinking about meeting up with other members of their family, in particular people who are in vulnerable groups.

“The measures that you take now will help to reduce that kind of risk.”