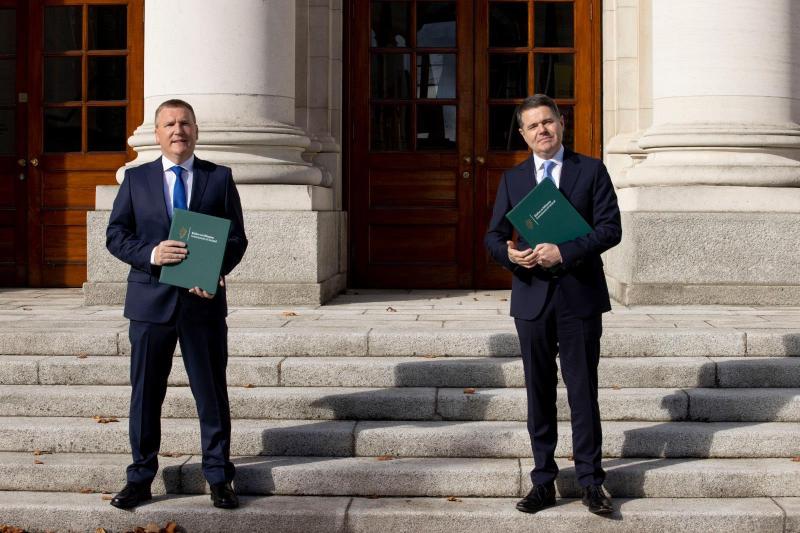 The Dail is returning to work after a nine-week summer break, facing a series of challenges including a housing crisis, spiralling energy bills and how to balance the budget amid a cost-of-living emergency.

Ireland’s lower house of parliament, the Dail, resumes from 2pm on Wednesday, while the Seanad, the Oireachtas’ upper house, resumes at 2.30pm.

The Government’s legislative programme is due to go before Cabinet on Wednesday with 35 priority bills, according to chief whip Jack Chambers.

The human tissue bill, the planning and development bill and the gambling regulation bill are among those on the programme due to be approved by Cabinet.

The Government is expected to put forward policies to help people with the rising cost of living during this Dail term, after refusing calls from the opposition to announce measures before the summer recess.

Last week, Taoiseach Micheal Martin said ministers were examining an increase in the 400 euro monthly payment for people who house Ukrainian refugees, in an acknowledgement that the cost of living has increased since the payment was revealed in May.

As part of a package of one-off measures to help people pay for rising food, energy and fuel bills, the Government is expected to announce a further energy credit, reported to be worth 200 euro, that will come into effect before Christmas.

Soundings from ministers in recent weeks suggest business owners are also in line for support to help them keep the lights on during the energy crisis.

Housing minister Darragh O’Brien has hinted there may be announcements affecting the rental market, after saying last week that renters are “central in my thoughts right now and in our discussions” with coalition partners in the run-up to the Budget.

Tanaiste Leo Varadkar has said previously that if there are tax breaks for landlords to encourage them to stay in the rental market, then there should also be tax breaks for renters.

But budgetary watchdog the Irish Fiscal Advisory Council has warned that the Government faces “difficult choices” in Budget 2023, and it cannot compensate everyone against inflation, arguing in favour of targeted measures to help those most at risk of poverty.

It also warned of the vulnerabilities of an over reliance on corporation tax and the unresolved pension age issue, as well as huge policy initiatives that have not been costed properly, such as climate change measures and Slaintecare.

Budget 2023 is due to be announced on September 27, two weeks earlier than is custom.

Tensions around the Northern Ireland Protocol are also expected to flare up again as the UK’s new Prime Minister Liz Truss is expected to continue with her bill to unilaterally override parts of the protocol if negotiations with the EU fail to bring a resolution.

Pressure to find a compromise is expected to increase ahead of the deadline of October 28 to form a new Northern Ireland Executive, which the DUP has so far blocked in protest over the protocol’s implementation.

On December 15, the Taoiseach and Tanaiste positions are due to be swapped between Fianna Fail leader Mr Martin and Fine Gael chief Mr Varadkar, as part of the coalition arrangement.

There is no requirement in the programme for government for other ministerial changes, but they are widely expected as part of the rotation.

The new Dail term also sees the return of Dara Calleary, who resigned as agriculture minister in August 2020 amid the fallout from the Golfgate controversy.

Mr Calleary has replaced Robert Troy as junior minister in the Department of Enterprise, after Mr Troy resigned last month over errors in declaring several properties.