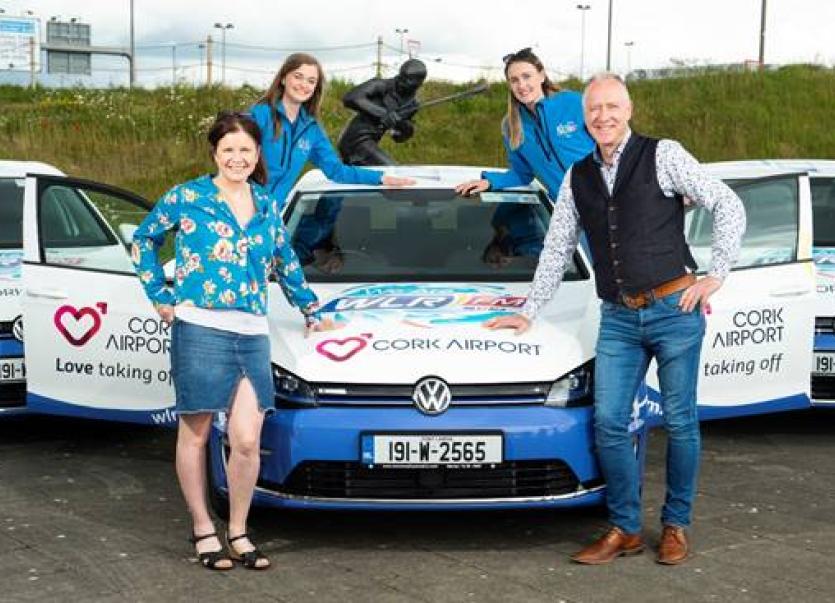 Radio station WLR has said it is doing its bit for climate action after it put three new electric Volkswagen Golfs on the road.

The new WLR E Golfs, sponsored by Cork Airport, will be out and about on the streets of Waterford this summer, visiting the city and county’s biggest festivals and events.

In addition to the new E Golfs, WLR is also eagerly awaiting the arrival of its new state of the art Outside Broadcast Unit, which is also sponsored by Cork Airport. The new unit is being custom built in Dagenham in the UK and will be delivered later this month.

Speaking on behalf of WLR, Managing Director, Des Whelan says the E Golfs are a great new addition to the station’s green efforts.

"As a prominent business in the community, it’s important to show leadership in tackling climate change. In WLR we’re making a big effort in the station to recycle, to reduce our use of plastic and we’re also installing energy saving lighting and equipment, so the Electric Golfs will further advance our efforts."

Cork Airport’s Head of Marketing Kevin Cullinane said: “Waterford is a very important market for Cork Airport and we are delighted to be sponsors of WLR`s new Outside Broadcast Unit and of the new E Golfs. It is particularly pleasing that the new E Golfs are 100% electric as there is a responsibility on all of us in business to promote every possible effort to reduce emissions and improve our carbon footprint as part of our sustainability agenda to address climate change."

The E Golfs were supplied by local Volkswagen dealer Tom Murphy Car Sales, a client of WLR’s for over thirty years.

The WLR Street Team are a major part of many major social, sporting and cultural events in Waterford and WLR is pleased to help highlight the benefits of electric, environmentally friendly motoring to the Waterford public.

Just some of the places you can catch the WLR E Golfs this summer include The Dungarvan Show, RNLI Helvic Swim, Portlaw for All Together Now, The Spraoi Festival, The Tramore Races, Mount Congreve Regatta, Waterford Harvest Festival and at beach roadshows and festivals across Waterford.