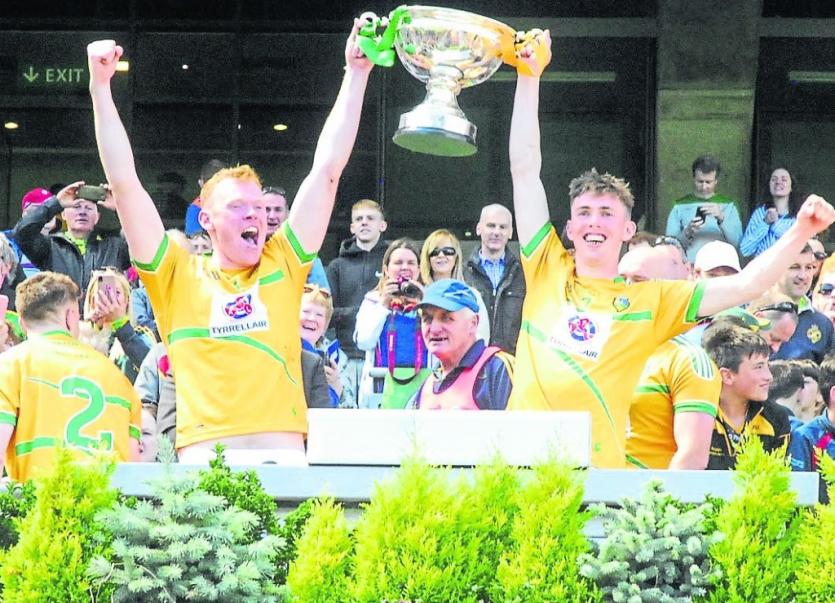 Last Saturday was a day to savour for all associated with Leitrim hurling as they defeated Lancashire in the Lory Meagher Cup final after extra-time.

Following on from the footballers appearance in the Division four final at the end of March it was a second appearance of the year for the county at headquarters and it proved to be an incredible afternoon's entertainment for those who were in attendance or watching the game, which was broadcast live on Youtube, from the comfort of their own homes.

Leitrim made a flying start and Colm Moreton's goal put them in control of matters but the exiles came roaring back and it took an injury time goal from James Glancy to force extra-time.

Leitrim bossed matters during the additional 20 minutes and ultimately went on to claim victory but only by the narrowest of margins resulting in scenes of great celebration when Leitrim captain Declan Molloy climbed the steps of the Hogan Stand to lift the Lory Meagher Cup.

GAANOW has the highlights of Saturday’s thrilling Lory Meagher Cup final, where Leitrim hurlers edged out Lancashire in extra time to capture the silverware. pic.twitter.com/HO1BbT3D8m