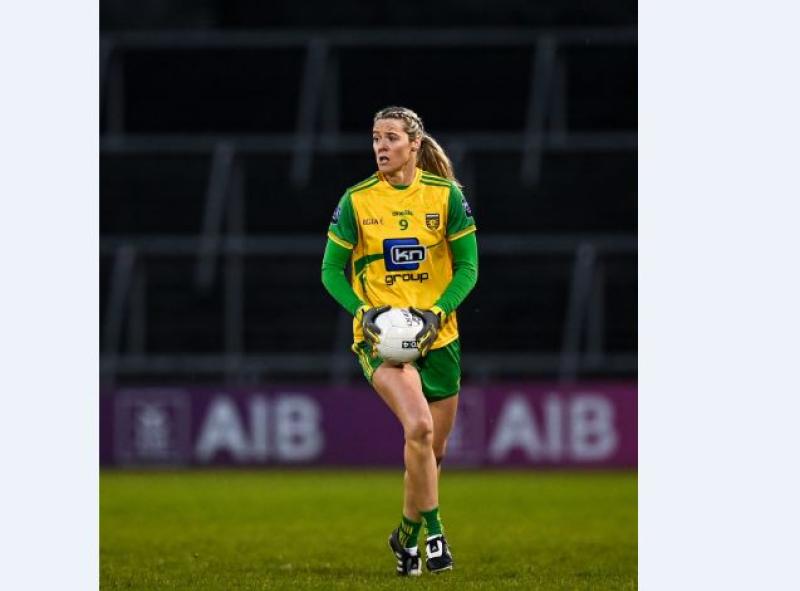 The new 2021 Lidl Ladies National Football League season is set to get underway on Sunday, May 23 with Donegal in Division 1A along with Galway, Mayo and Westmeath.
It means the countdown is now on to a return to action for Maxi Curran’s Donegal who can now focus on what promises to be a busy campaign.
Donegal will have three matches over three successive weekends before the league semi-finals and finals are played in June.
Last season, Donegal were in fifth place in Division One of the league before Covid-19 brought an end to games with two matches still to be played.
Maxi Curran’s side did play two games in the All-Ireland championship, but a narrow defeat to eventual winners Dublin in Breffni Park put paid to their chances of qualifying from their group.
While Donegal will face tough games in Division 1A, there are no easy games in Division 1B either where TG4 All-Ireland Senior finalists Dublin and Cork have been pitted together along with Waterford and Tipperary.
Cork are the reigning Division 1 League champions, having won the title in 2019.
In Division 2A, TG4 All-Ireland Intermediate champions Meath will be joined by Clare, Kerry, and Wexford, while Armagh, Cavan, Monaghan and Tyrone feature in an all-Ulster Division 2B.
There are four counties in each group, with the exception of a three-team Division 4B, which contains Carlow, Offaly and Limerick.
The divisions have been organised on a regional basis to minimise travelling for the competing teams, and to help ensure the health and safety of all counties.
Confirmation of the initial dates for the new league season follow the recent Government announcement that inter-county training can resume from April 19, for ‘sanctioned and organised adult inter-county National Gaelic Games Leagues.’
Fixtures for the 2021 Lidl National Leagues will follow in due course.