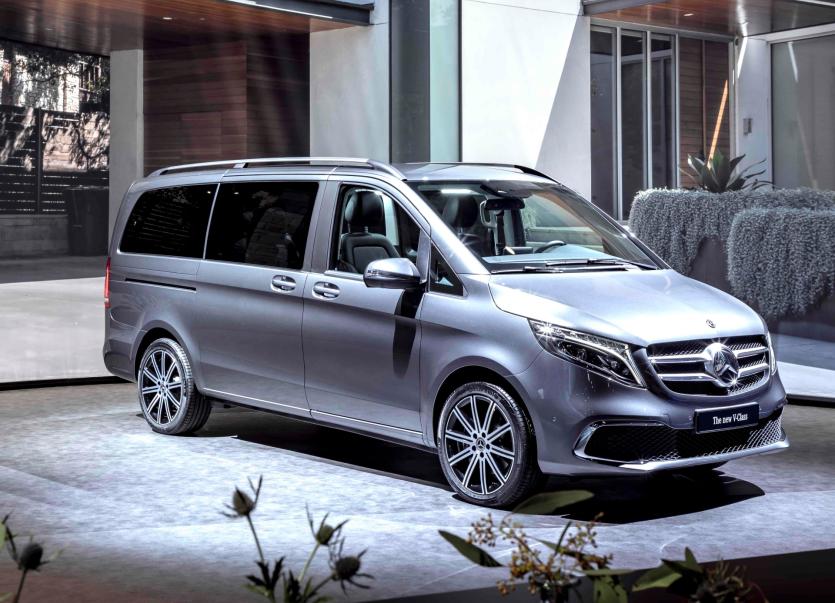 The new facelift V-Class MPV – one of the models sharing centre stage on the Mercedes-Benz stand at the forthcoming Geneva Motor Show.

Six world premieres and one show premiere will  take the centre stage on the Mercedes-Benz stand at the forthcoming Geneva Motor Show.

The Geneva Motor show runs from  March 7 to 17 and the six new models getting their world premiere include a shooting brake version of the sporty CLA Coupé and a facelifted GLC mid-size SUV. Others include a Formula E showcar, a Concept V-Class and two high-performance AMG models – a GLE 53 SUV and GT R Roadster.

Making its show premiere in Geneva will be a facelift 300d V-Class MPV. The 300d V-Class is set for release in Ireland later this year.