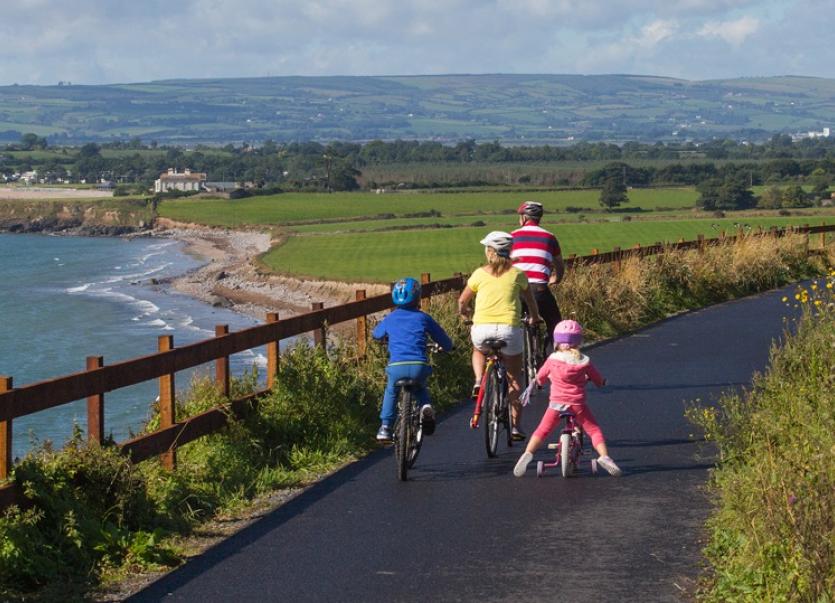 The Mayor of Waterford has welcomed the announcement of €2.65 million investment for Waterford Greenway.

The funding announced by the Minister of State Shane Ross at the Department of Transport, Tourism and Sport will bring the stunning Waterford Greenway into the heart of Waterford City.

The Waterford Greenway is a key tourism attraction in Ireland’s Ancient East, this funding will complete the visitor experience as it will allow people to seamlessly start or finish their journey in the beautiful surrounds of Ireland’s oldest City.

"The €2.65million funding announced today brings this stunning amenity into the heart of Waterford City and provides linkages with the North and South Quays and onwards to New Ross and Rosslare."

The funding crucially provides for an extension or physical link from the current Waterford Greenway car park at Bilberry to the very heart of Waterford City and to Waterford’s North Quays via the proposed sustainable transport bridge and onwards to the proposed Greenway from Waterford to New Ross.

Waterford City and County Council is now well positioned to extend to 48km an excellent piece of recreational infrastructure connecting both rural and urban environments and connecting a wider regional recreational network which will provide significant local economic value as well as providing an excellent visitor experience.