Chink of light in Met Éireann's forecast for coming days 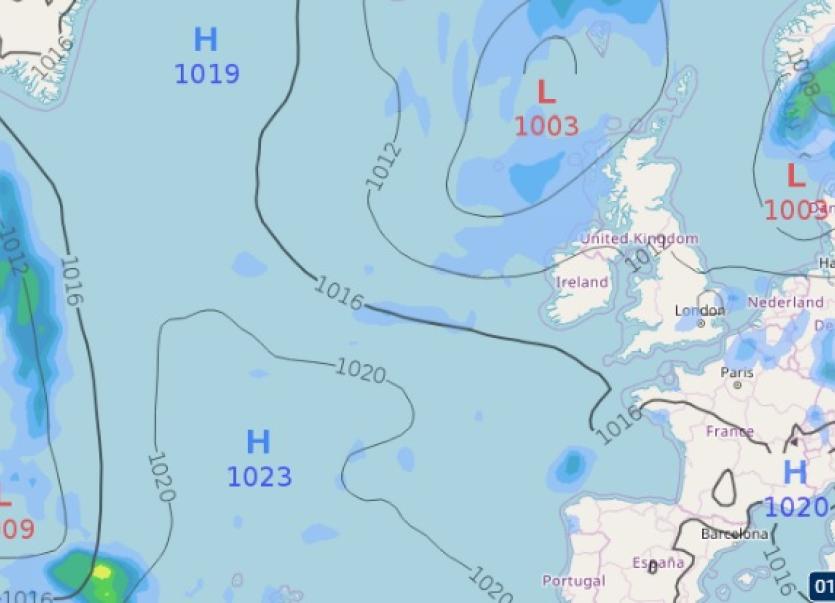 Weather chart for next week has some promise

There's a chink of light in the weather forecast but Met Éireann expects we'll have to endure cool and wet weather for a few more days yet.

The forecaster says is the trend for next week is for "temperatures recovering gradually to more normal values".  Some sunny spells are expected each day, but some further showers at times too, especially on Monday, but drier and less showery towards midweek.The latest seven-day forecast tweeted by the weather experts shows a high cell building in the Atlantic which should bring a rise in temperatures. Below average conditions have dominated for most of June which, to date, has also been dominated by rain.

Before the improvement, the national outlook is for the cool, unsettled and changeable weather to continue into the weekend. It is will be showery with some heavy showers at times. Met Éireann says there will be occasional sunny spells too, but temperatures will remain below normal for mid-June in the short term.

Atlantic chart forecasting precipitation and pressure in 6 hour intervals for the next 7 days. https://t.co/9gKN6SVok4 pic.twitter.com/oK3aNsCLLY

MET Éireann weather issued on its website at 9.16am on Thursday, June 13:

TOMORROW - FRIDAY, JUNE 14
Bright in many places to start tomorrow morning, with sunny spells, but some showers too. The showers rain in the southwest will become widespread over Munster and south Leinster by afternoon and extend further northwards through the afternoon and evening. Some thundery downpours of rain are likely in southern areas, with a risk of spot flooding. Top temperatures 11 to 15 C degrees, in freshening south to southeast breezes.

FRIDAY NIGHT: Some heavy or thundery falls of rain are expected over many northern, midland and eastern areas, with some spot flooding is likely. But the rain will be lighter further south and west and eventually die out over much of Connacht and Munster. Lows of 5 to 8 C. in light to moderate variable or southwest winds.

OVER THE WEEKEND with an area of low pressure over or very close to Ireland, there will be sunny spells and showers on both Saturday and Sunday. A few heavy showers in places during Saturday afternoon, but most should be light and fairly well scattered, with some reasonable amounts of sunshine at times too. But the showers are likely to become heavy and widespread as the day progresses on Sunday and during Sunday afternoon and evening, some prolonged and locally thundery downpours are likely. Temperatures still well below normal for mid-June, both days, ranging 12 to 16 C. Winds generally moderate south to southwesterly.